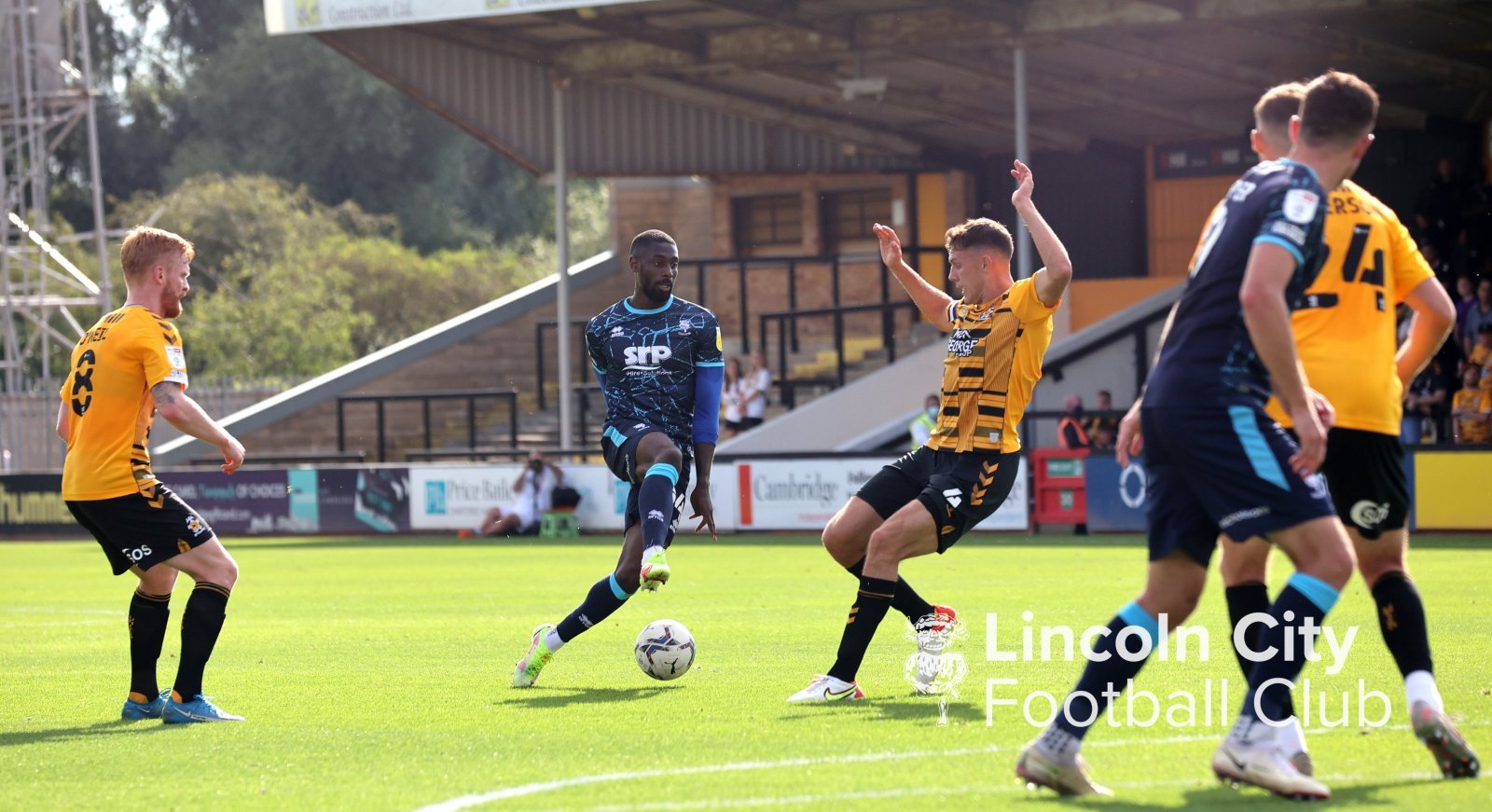 Ahead of Saturday’s match away at Sheffield Wednesday in League One, I asked the Vital Lincoln City members what three things they think The Imps need to do to pick up all three points.

You can discuss what has been said in this article HERE, as well as many other topics on our 100% Imps forum! Every page view helps raise money for Lincoln City Football Club!

1. I am going to sound a bit like a broken record here, but round pegs need to go into round holes. The persistence with a 4-3-3 system when we don’t have the players capable of playing in it is a bit of a current bugbear with me. Ted Bishop is the current example of being isolated wide left or right, a role he is not suited to. He is clearly a player who will try his best when played out of position but his influence on a game is limited when he is not played in a position we can get the best out of him. It is quite similar to how Jorge Grant was deployed wide on the left for much of the 2019/20 season, yet the very best of him came from the following season when he played more centrally. This is what we need to do. Look at the talent we have in the squad and play them in the parts of the pitch where they can perform at their best. If that means changing from the 4-3-3 then please do. Saturday’s match will be won and lost in the middle of the pitch and we need to ensure that we have players in that middle to compete and stop them from dictating the play. So flood the middle of the park.

2. Let whoever leads the line stay in the middle of the pitch. We actually had a couple of decent chances on Tuesday night from crosses into the box, but there was nobody there to take advantage. Wimbledon’s big lump of a forward barely strayed from the middle strip of the pitch and he caused problems. We need to keep their defenders busy. They won’t follow the ‘Number 9’ out wide so our forward needs to keep in central. That just might mean there’s someone in the box to take a chance.

3. Score first. I don’t think there’s any need to expand on this point.

Three Things The Imps Need To Do To Beat Sheffield Wednesday:https://t.co/zygIUMlDDF#SWFC #ImpsAsOne