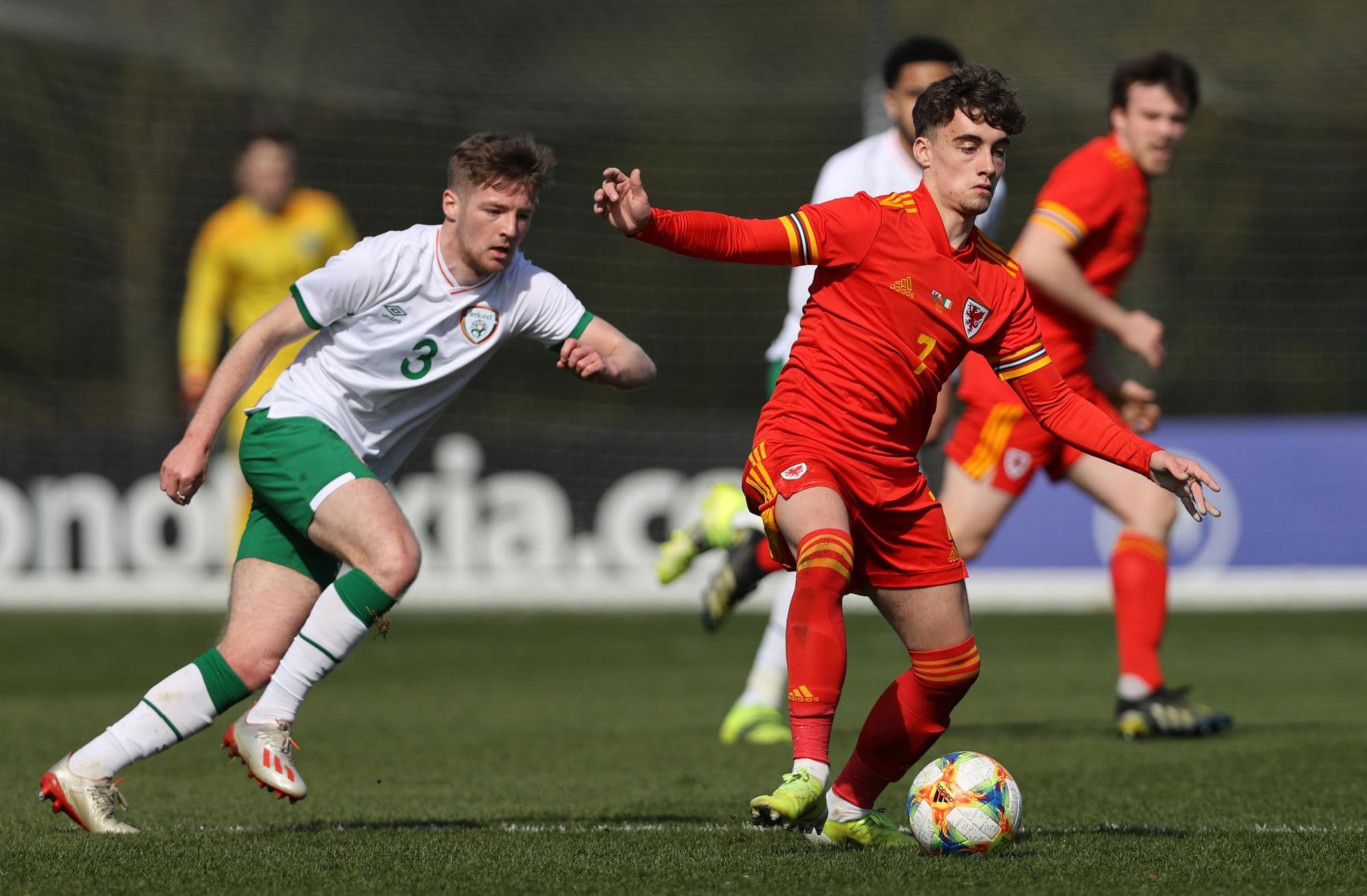 Niall Huggins of Wales U 21 controls the ball watched by Mason O'Malley of the Republic of Ireland U 21 during the International Friendly match between Wales U21 and Republic of Ireland U21 at Colliers Park on March 26, 2021 in Wrexham, Wales. (Photo by Clive Brunskill/Getty Images)

Niall Huggins wasn't involved in Leeds United's pre-season and Marcelo Bielsa is reportedly prepared to part ways with the versatile defender on a permanent basis.

The 20-year-old can play on either side of the defence as well as central midfield, giving Sunderland a back-up option in plenty of positions.

The addition of Huggins could also suggest the Black Cats have given up on Denver Hume’s contract situation, with the left-back yet to commit his future to his boyhood club.

Sunderland have also already brought in Dennis Cirkin to replace Hume, who has been out with a long-term injury.

Social media would suggest Huggins is a very promising signing for Lee Johnson’s side and many Leeds United fans seem disappointed that he may be on the move.

BBC Radio Leeds also reported that Blackpool were said to be interested in a deal for Huggins, however look set to miss out to Sunderland.

Elsewhere, Sunderland’s promotion rivals Sheffield Wednesday have given an update on two if their key players.

Sam Hutchinson hobbled out of Tuesday's clash with Fleetwood Town at half-time, while Josh Windass has been out with a hamstring injury since their pre-season fixture against West Brom.

The Sheffield Star have reported that Hutchinson was suffering discomfort in his achilles, however there was no indication to how serious it was.

Windass, meanwhile, published a picture of his leg in apparatus on social media, while indicating he hoped to be back by the end of October.

The Owls will be hoping for a quick recovery for their pair if they are to play a vital part in their return to the Championship.

Meanwhile, TJ Eyoma is the latest player to depart Tottenham Hotspur to join League One – alongside Sunderland’s Cirkin and MK Dons’ Troy Parrott.

Eyoma has signed for Lincoln City on a permanent deal following his loan spell with the club last season.

The defender played a vital part in the Imps’ brilliant season last time out and earned himself a permanent move to Sincil Bank.

Eyoma and Cirkin will both be hoping they can succeed for their new clubs this season, while Parrott has already impressed with two goals in three appearances.