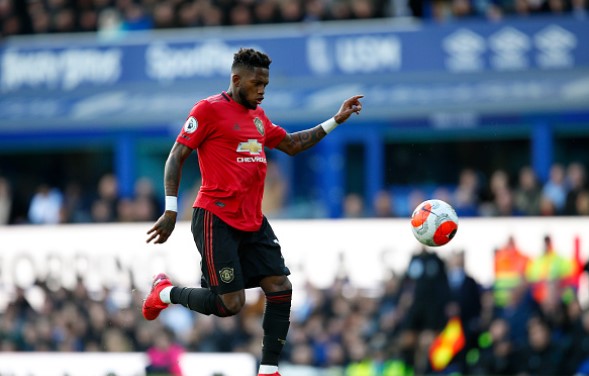 It is a winning start for Ralf Rangnick at Manchester United. The Red Devils have picked up the three points against Crystal Palace, with a 1-0 win on Sunday afternoon, after tough fought match resolved by Fred with some 15 minutes before the end of the match.

It was the Brazilian midfielder who managed to strike a lovely goal from distance to be the man of the match, as United dominated, but struggled to break the deadlock. Once the goal arrived, everyone at Old Trafford could breathe a sigh of relief. Man United are now just three points behind the fourth place, which brings the Champions League football.

Here is what we learned from this match.

When we had the chance to see the starting lineup, not many have expected anything much different in terms of the system Man United will play in. On paper, it was a regular 4-2-3-1 formation, with Fred and McTominay as the two holders. But things were not that simple on Rangnick’s debut.

When United were in the possession, that classic 4-2-3-1 was on display, but as soon as the ball was lost, United switched to a 4-2-2-2 Rangnick loves so much. This was done to help United’s pressing, as Rashford moved up front with Ronaldo, with Sancho and Bruno remaining behind them. Also, Man United seemed more direct with their passing towards progressing the ball more quickly and it will be interesting how Rangnick will implement all of his ideas in the coming months. This was an interesting debut nevertheless.

It was Marcus Rashford who seems to be enjoying the changes at Man United. The England international did not play full 90 minutes, but it seemed that Rangnick’s arrival brought some new energy into his game. Rashford had to press more and was more effective, while his body language also showed he was ready to prove his worth. Let’s see what the German will be able to get out of his performances.

This was Manchester United’s 11th match at Old Trafford in all competitions this season, but only the first one in which the Red Devils did not concede. Since the start of the campaign, there have been plenty of goals conceded, including the 11 goals let in just in the past four games (Atalanta, Liverpool, Man City & Arsenal). It was a nice change for United to have over 60 per cent of the ball, to control the game and to allow just eight shots in total, two of which De Gea had to stop.

We could have expected Cristiano Ronaldo to be the main man, we could have even said Jadon Sancho might be the one reignited again, but against Palace, Man United had an unlikely hero. It was Fred with his beautiful strike after 77 minutes of play who solved the puzzle of Palace’s stubborn defensiveness. This match had seen a usual Fred performance – lots of running and energy, lots of mistaken passes. But the goal serves as an interesting question of what will Rangnick be able to do with the Brazilian’s qualities, considering the German likes having midfielders in a similar mould.