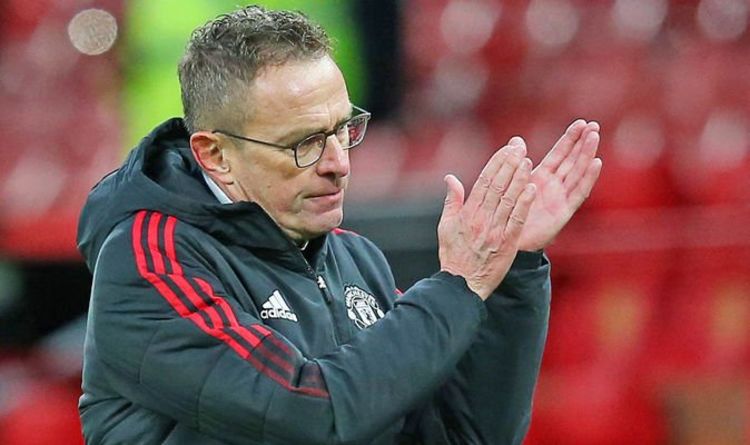 Manchester United produced positives in their 1-0 Premier League win over Crystal Palace on Sunday. Ralf Rangnick took charge for the contest at Old Trafford, with the 63-year-old securing victory at the first time of asking. But the result isn’t necessarily good news for everybody at the club.

United were impressive throughout large spells of their match against Patrick Vieira’s side.

And several players deserve recognition in the aftermath of the result, which has boosted the Red Devils’ hopes of securing Champions League football.

The Brazil international has had his critics during his time in England, ever since his arrival from Shakhtar Donetsk in the summer transfer window of 2018.

Yet the Samba star is beginning to come good, with his fine showing against Palace coming after good performances against Chelsea and Arsenal.

Diogo Dalot was another highlight, too.

Wan-Bissaka’s lack of attacking threat certainly counts against him, with the former Palace star better-suited to the defensive parts of the game.

Rangnick wants his full-backs to be equally good at going forward and tracking back, which means Dalot can expect to start for the foreseeable future.

Shaw has regressed this term, with the England international now currently sidelined through injury.

Yet when he’s fully fit, he’s not guaranteed to start.

Rangnick took aim at Shaw in the past, saying a few years ago that United required somebody better at left-back.

And with Telles yet to put a foot wrong, Rangnick could stick with the Brazil international for his side’s upcoming matches.

Obviously, Matic, Shaw and Wan-Bissaka will all get their opportunities over the course of the season. That’s guaranteed.

But the form of Fred, Dalot and Telles gives Rangnick a reason to stick with them, rather than change things up.

Speaking after the victory over Palace, Rangnick praised Fred - as well as Scott McTominay.

"If you play the way that we played today, with regard to intensity, being on the front foot, playing very proactively, and having four offensive players ahead of Scotty and Fred - with Jadon, Bruno, Cristiano and Marcus - it’s highly important that you have players who are very disciplined, who are proactively aggressive against the ball,” he said.

"And both Scotty and Fred are almost perfect defensively on that. They did one or two or three mistakes, especially in the first half there were two square passes - one from Scott, one from Fred.

"I don’t like those kinds of balls in midfield in those positions. But overall, when the other team is in possession of the ball, both Fred and Scotty they are almost perfect for that kind of football."