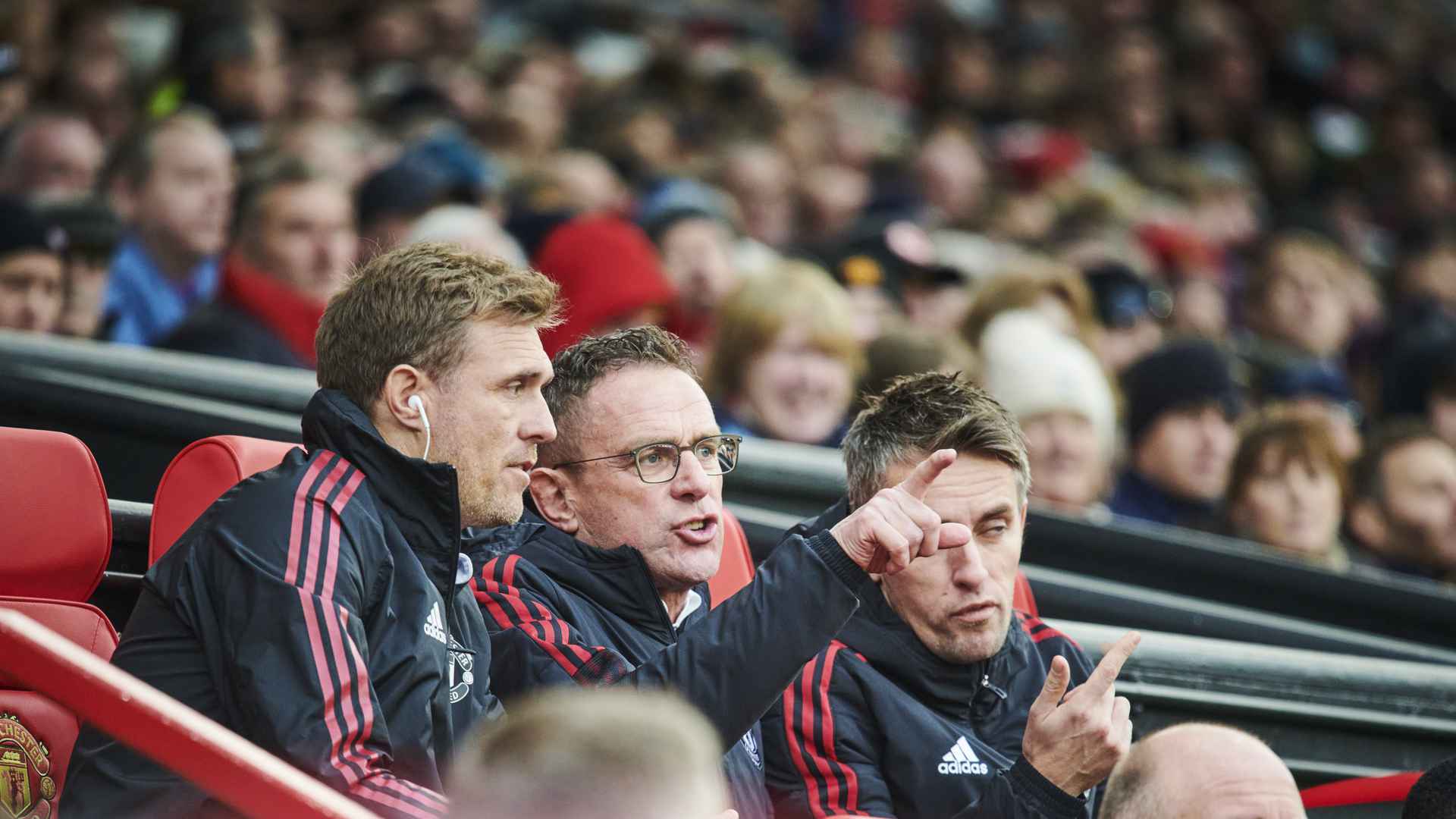 United defeated Palace 1-0 at Old Trafford to earn Rangnick his first win at the helm at the first time of asking.

Fred’s second half strike proved to be the difference for an energised United side who outworked the visitors from start to finish.

“The first half-hour was amazing," Rangnick enthused, "and the only thing that was missing was scoring one or two goals. Even after that, we had control of the game.”

Fred’s goal capped a Man of the Match display for the Brazilian, but Rangnick was particularly impressed with his defensive contribution.

“If you play the way we played today with regards to intensity and having four offensive players, it is highly important that you have players who are disciplined," the German coach said.

"Both Scotty [McTominay] and Fred are perfect for that.”

Rangnick named an unchanged side from the midweek win over Arsenal, but there was a slight formation change for his United side. He explained the reasoning behind this alteration.

“For me it seemed logical to not make many changes after the win against Arsenal,” he said.

“The question was how do we get possession of the ball?

“We had enough space with Jadon [Sancho] and Bruno [Fernandes] in those number ten positions for our fullbacks to play forwards and ask for the ball on the wings. That was the reason I decided to play a 4-2-2-2.

Jadon drew plenty of attention when on the ball, but also impressed Rangnick with his defensive contribution.

“The most demanding positions in that formation are the tens and I think Bruno and Jadon did well in those positions. Defensively they both did well.

"We played with two strikers, Marcus and Cristiano up front with Jadon and Bruno on the 10 position and for the rest of the team it was the same position as usual. I just thought it might be better to have control in the centre of the pitch with Cristiano having a partner up front and I think it worked out well."