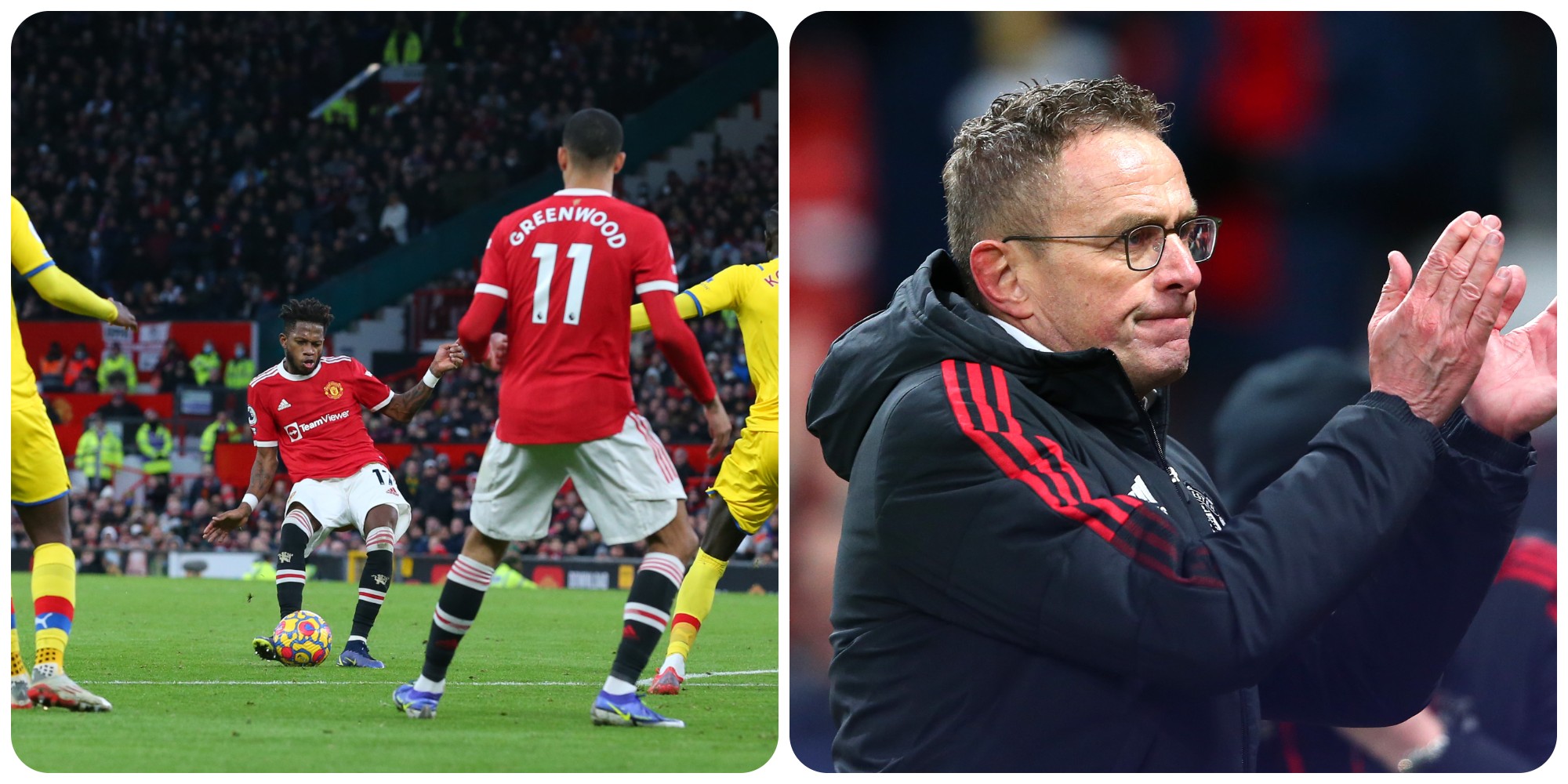 Manchester United have got off to a winning start under new interim manager Ralf Rangnick with a 1-0 over Crystal Palace.

United won the game thanks a wondergoal from Brazilian midfielder Fred, who was a staple of Ole Gunnar Solskjaer’s tenure Old Trafford.

But 1-0 is probably not a representative scoreline considering United’s dominance. Rangnick’s style was on full display for all to see as his high pressing fast tempo style allowed United to suffocate Palace and defend from the front effectively.

But how did the individual players fare?

David De Gea (6) Not given a whole lot to do today because United were rarely on the back foot. Dependable whenever he was challenged and looked comfortable enough in distribution.

Diogo Dalot (7) Provided energy and width to the United attack and defence in equal measure. A player who earlier in the season was torn to shreds against Villarreal’s Arnaut Danjuma, today he looked very confident in his defending and helped to provide the base United needed today. If he keeps playing like this Aaron Wan-Bissaka will not have a position to return to.

Victor Lindelof (7) Rarely troubled today but looked really good playing out and stepping in when he needed to. Very solid performance.

Harry Maguire (8) Looked like the player seen last season and for England at the Euros. Suffered a head injury in the second half but soldiered on to complete a very dominating performance. One of the main reasons they kept a clean sheet as well.

Alex Telles (7) Another solid performer for United today. Like Dalot he provided width and defensive stability for United left flank. Played some good crosses and unlucky not to be rewarded with an assist for the quality he put in.

Fred (9) United’s best performer today. Worked tirelessly off the ball and seemed to win nearly all his tackles. Really good on the ball as well helping to retain possession and build up in a swift manner. Brilliant performance topped off with a goal.

Scott McTominay (5) Like his midfield partner he worked hard off the ball and put himself about. Vital energy in the midfield no doubt helped United press as high as they did. Could have been better on the ball though, having some moments where he picked the wrong pass or had a sloppy touch.

Jadon Sancho (6) Not his best performance in a United shirt but certainly starting to show some consistency in his game. Hard working and direct when pressing and attacking. Some nice interchanges may have yielded more results against a side not a defensively strong as Palace were today.

Bruno Fernandes (7) Played in a new role on the wing today, drifting between the right and left side. As always hard working off the ball and on another could have had a goal, but it wasn’t to be. Some sloppy passes when trying to pick the lock of the Palace defence can be forgiven.

Marcus Rashford (6) Relatively quiet day for Rashford up front alongside Cristiano Ronaldo in a 4-2-2-2. Never really looks like he enjoys the right side of attack and as a result struggled to do a whole lot. But tireless press when on the pitch and some nice interchanges definitely marked out his performance as acceptable.

Cristiano Ronaldo (8) Normally a player criticised for his lack off contribution off the ball. But today Ronaldo seemed to roll back the years. Strong press for the legendary Portuguese striker along with bringing teammates into play on a couple of occasions. Could have had a goal but the ball just never seemed to fall just right for him.

The result today sees United move within three points of the top four and move up to 6th place in the league at least until Arsenal play on Monday.