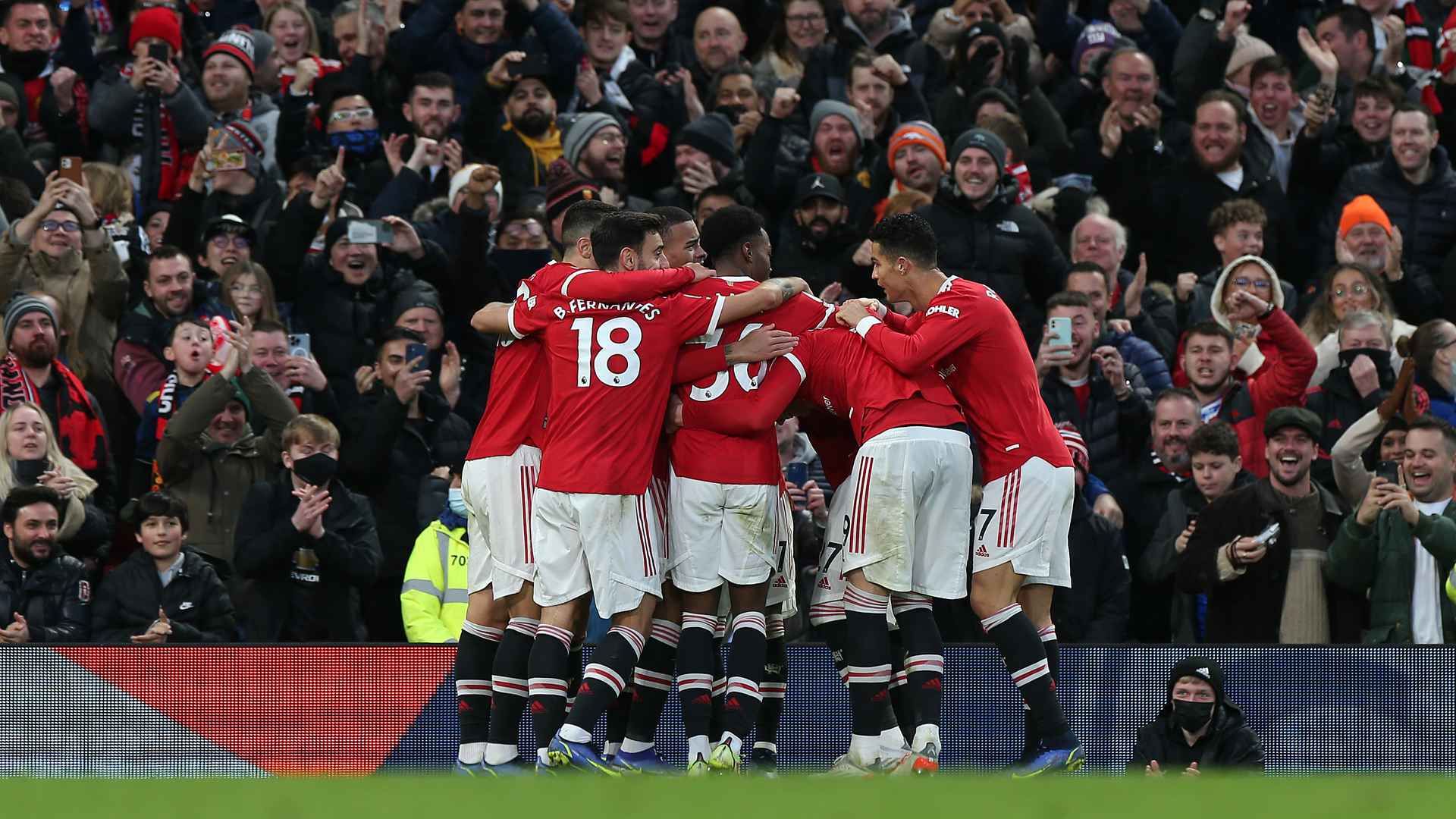 Ralf Rangnick's first game in charge of Manchester United ended in a satisfying victory as a stunning 78th-minute strike from Fred gave the Reds a crucial three points in the Premier League.

After a thrilling midweek win against Arsenal at the Theatre of Dreams and with a new manager at the helm, United's home support was hopeful. That hope was well-founded, as an exciting first half ensued with 11 shots for Rangnick's side.

A goal couldn't be found in the opening 45 minutes, though, and it needed a smart bit of hold-up play from substitute Mason Greenwood and an excellent finish from Fred to give United a narrow but fully deserved triumph.

With the win, the Reds have moved up to sixth in the Premier League table. Sights are very much set on continuing the climb under interim manager Rangnick after a great start to the German's reign.

Ralf Rangnick was eager to point out pre-match that time on the training ground with his new team was limited, but signs of his influence were clear in an energetic first half at Old Trafford. It took only a couple of minutes for a first chance, Marcus Rashford cutting across James Tomkins in the box and winning a corner, of which there would be many for United. Following that was a left-footed effort from Alex Telles which flew wide of the right post. Less than a minute later, Ronaldo shaped up to shoot but was tackled as he pulled the trigger. The intensity of United's out-of-possession play was encouraging. Rather than a constant, aggressive pressure, Rangnick's Reds engaged in regular sudden bursts of intensity against the Palace defence. It paid off regularly, the team led by a two-man attack of Ronaldo and Rashford, supplemented by Sancho and Fernandes behind them. Ronaldo spotted a late run by the latter on the left side of the box and powered a fast cross towards him, only to see his compatriot unable to find enough height on his jump to meet it.  Palace found space to launch a couple of counter-attacks, but they never threatened De Gea's goal seriously. A long-range effort from Zaha only forced the Spanish keeper to collapse on the ball before playing it out. Floated passes over the top of the Palace defence were regular, almost always coming from Fernandes to Ronaldo or vice versa. The most threatening of these saw Ronaldo chest the ball down with his back to goal and have a shot blocked for a corner. A minute later, the Portuguese link-up continued as Dalot crossed well for Ronaldo, his header from 15 yards out going wide. Sancho's quick feet on the left wing excited the home support, and it was the no.25 who laid the ball back to the edge of the area for Fred to shoot. The Brazilian's effort was decent, but Tomkins managed to get an important head in the way to block it.

With 25 minutes gone, the pressure intensified, as if it wasn't effervescent enough already. Ronaldo headed back to Bruno who saw a shot saved by Guaita, then the pair both had efforts blocked after good work by Rashford on the left wing. It felt like a goal was imminent, but the Reds couldn't find it and the venom was taken out of United's momentum when Fred required treatment after a challenge by Clyne that merited a yellow card.

Two more chances came before the break in proceedings, to make it 11 in the first half. Sancho danced inside from the left and saw a deflected shot loop upwards and land on the roof of the net, and Dalot fired wide after a good move in from the right.

United's first-half domination couldn't be turned into goals, and neither could it continue in quite the same fashion after the break. Palace livened up, enjoying a greater share of possession and more regular attacks; Kouyate headed over at a corner, Gallagher's shot went well over soon after.

Rangnick made his first substitution just after the hour mark, bringing off Sancho, who had been a livewire throughout, and replacing him with Mason Greenwood for the 19-year-old's first appearance in a month after recovering from COVID-19. His first chance came after Fernandes held the ball up on the edge of the box, but he dragged the left-footed shot wide of the right post.

Shortly before that had come United's closest attempt of the day, Alex Telles hitting the crossbar with an ambitious attempt from a tight-angled free-kick on the right edge of the box.

Palace had weathered the storm, and found confidence in that. Jordan Ayew should have given them a 74th-minute lead when he found himself unmarked at the right post, latching onto a header that had come back across goal from a corner. The Ghanaian shot with the inside of his right boot but his effort flashed straight across the face of goal rather than nestling into the far left bottom corner.

It proved a pivotal moment. Rangnick sent Anthony Elanga on for Rashford, adding renewed pace and energy to the United attack. The Swedish youngster chased a ball back to Guaita, forcing the Palace goalkeeper to rush out of his goal and claim it. Moments like those, spurts of energetic pressing, found great support from a crowd pleased with what they were seeing but needing a goal.

It eventually came, and from an unlikely source. Greenwood received the ball just inside the area and instantly looked for a shot but found space limited, the ball's route to goal blocked by Guehi and Gallagher. Showing good composure, he paused and looked back where Fred was running on. The ball back was an ideal one to hit first time, and Fred did just that, striking it with the inside of his right foot and sending it across goal to the top left corner.

In five minutes of added time, Palace threatened, De Gea needing to tip an Olise cross over the crossbar and Lindelof fouling Zaha as the forward broke clear on the left wing. But Rangnick's Reds made it through, still dangerous on the counter-attack, and have a vital three points that continues the climb back towards the top four.