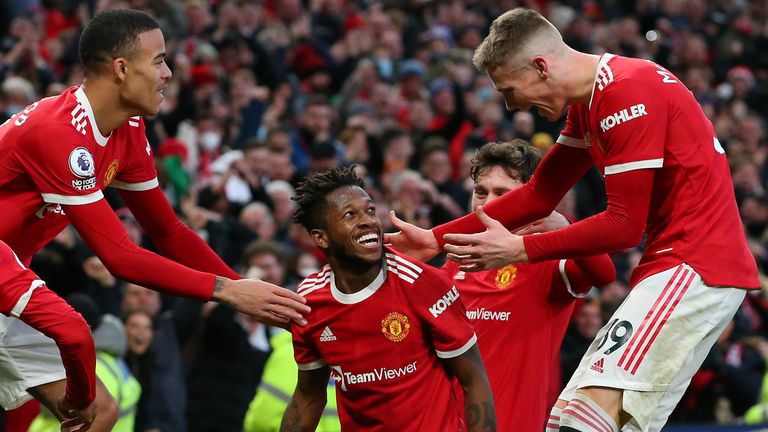 Ralf Rangnick's reign at Manchester United got off to a winning start as Fred's late winner overcame a stubborn Crystal Palace 1-0 at Old Trafford on Sunday.

Rangnick looked set to endure a frustrating first outing as United interim manager as Palace weathered an early onslaught before staging another dogged defensive display at a ground where they were unbeaten in their previous two visits.

But the Eagles' resistance was broken 13 minutes from time when Fred curled his second Premier League goal of the season into the top corner of the Palace net with his unfavoured right boot.

For Palace, Fred's winner was compounded by the fact it came less than two minutes after Jordan Ayew had squandered their best of securing a victory at Old Trafford for the second successive season.

The victory extends United's post-Ole Gunnar Solskjaer unbeaten run in all competitions to four matches and lifts them up to sixth in the Premier League, three points outside the top four, while Palace drop a place to 12th after suffering their third straight defeat.