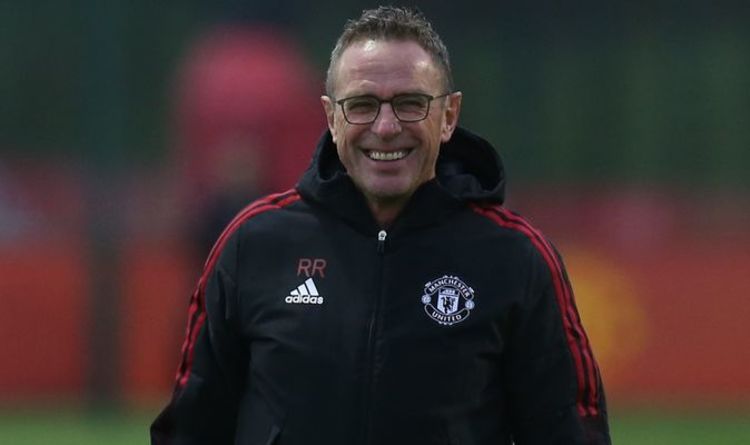 "It's about helping the team to play together, it's about togetherness, it's also about team spirit. We saw it yesterday (against Arsenal)," Rangnick said on Friday.

"If we compare the two halves, the first-half and second-half yesterday was completely different. Having these unique fans behind us, this will help us and help the team to gain confidence. You could see it in the second-half.

"Obviously, it's not easy, I cannot do that in one or two training sessions, not even in one or two weeks. It's not about playing pressing or counter-pressing for pressing sake, it's about control. This is the major target.

"I have watched the latest games, I watched not only last night's game but also the games against Watford and against Chelsea on TV. When I didn't know when I would be contacted in the next days I watched, out of interest, the games against Liverpool and Manchester City.