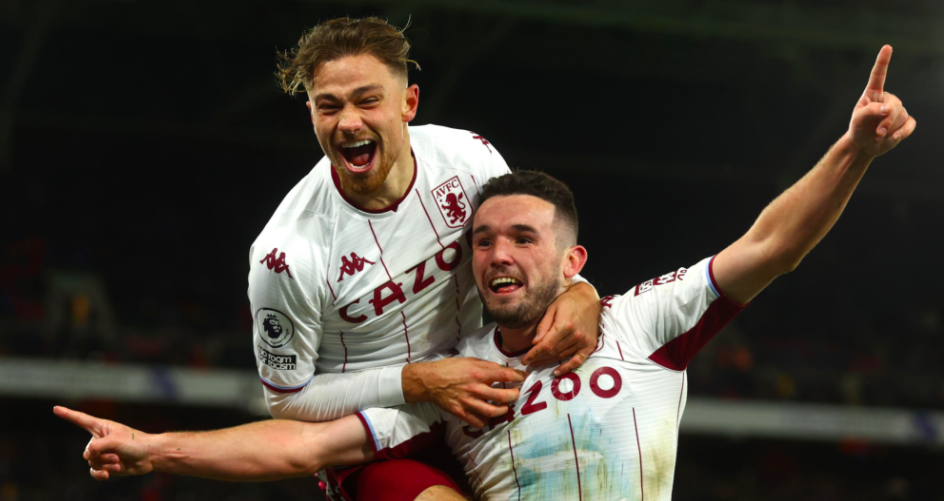 If the final few minutes of the win against Brighton (2-0) gave rise to cautious optimism, a stoic victory away at Crystal Palace must be considered genuine progress.

A mere matter of a few short weeks ago, as the light went out on the Dean Smith era, Villa had adopted a confused and meek approach to games. Things were very different against a Crystal Palace side who have been improved and effective this term under new manager Patrick Viera.

The first half saw Villa impose a welcome and effective press upon their hosts. Palace struggled to cope, as Villa tested their resolve across the pitch, limiting their time on the ball. Such was the impact of this, Palace appeared disorganised and hasty in their passing, allowing Villa to grow in confidence.

The opener came at around the quarter hour mark. Matt Targett, reprogrammed it seems in his last 180 minutes, did well to control a Villa corner, before firing a low effort into the net. It was a cool finish from the full-back, whose demeanor and confidence were in desperate need of a boost.

Villa made chances too. John McGinn resembled more of the player who stands out for Scotland at international level. The former Hibs man was excellent and unlucky as well, seeing a fine effort curl just past the post as well as a cross almost turned into Palace’s own net.

There were two possible penalty shouts for Watkins also. The first looked soft, but a second was waved away without much thought by a referee appearing out of his depth for much of the encounter.

The second period produced an inevitable response from the home size. The return of Eze after a long absence suggested that the familiar script might play out as Palace grew into the game.

A heart-stopping moment came as Douglas Luiz, barely on the pitch for a few minutes was show a hasty red for a 50/50 challenge. A VAR review showed little of note, with the referee choosing to react the the Brazilian’s high boot rather than the tackle itself. For good measure, and to guarantee a rise in blood pressure, the official showed the red once more, before brandishing a yellow instead.

The winner came courtesy of a sublime counter.

Buendia was the magician, swifly moving the ball before receiving it back. The Argentine playmaker then fooled everyone, cutting a perfect ball into the path of El Ghazi. El Ghazi steadied, before rolling a ball to the feet of the Scot, who curled a fine finish beyond the helpless ‘keeper.

Palace were afford a late consolation to ensure our attention into the depths of injury time, but the history books will only record this as a deserved Villa victory at Selhurst Park.