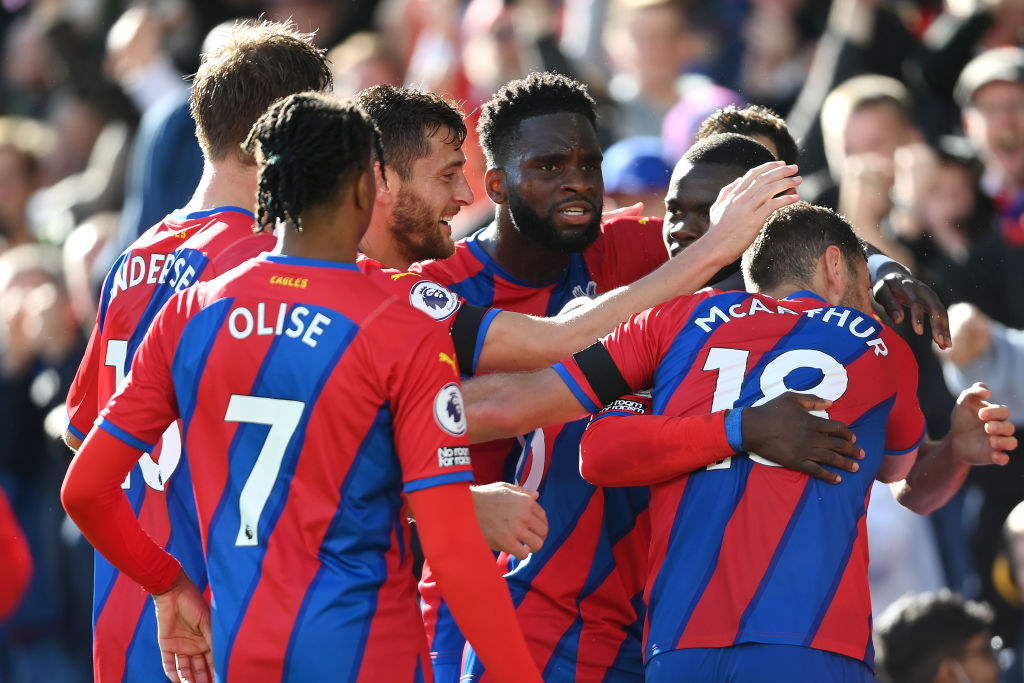 Crystal Palace welcome Aston Villa to Selhurst Park this Saturday, in what should be an exciting Premier League clash between two quality sides.

It will also see two Premier League legends in Patrick Vieira and Steven Gerrard go head-to-head, in what is the latter’s first away game in charge of the Villans.

As you can see, we presume the Frenchman will make two changes from the team which could only manage a 3-3 draw against Burnley.

We feel Jordan Ayew – who hasn’t scored a goal for the Eagles yet this season – should drop out in place of Michael Olise.

The 19-year-old has managed to record one goal and two assists in the Premier League this season, despite starting just one game.

Elsewhere, with Crystal Palace at home and expected to dominate the game, we feel Cheikhou Kouyate should make way for Will Hughes.

The £6m signing from Watford – who hasn’t actually been given his Premier League debut for Crystal Palace yet – is more technical than Kouyate, and will therefore be able to help control the game better.

You could argue that Odsonne Edouard deserves to start, although Christian Benteke is in superb form and also scored in this fixture last season.

It would be astonishing if Vieira dropped the Belgian after his impressive brace against Burnley.

Can the Eagles put a damper on Gerrard’s first Premier League away game as a manager? Only time will tell.

In other news, 'One of the best in the world': Mura boss hails Tottenham man after big win