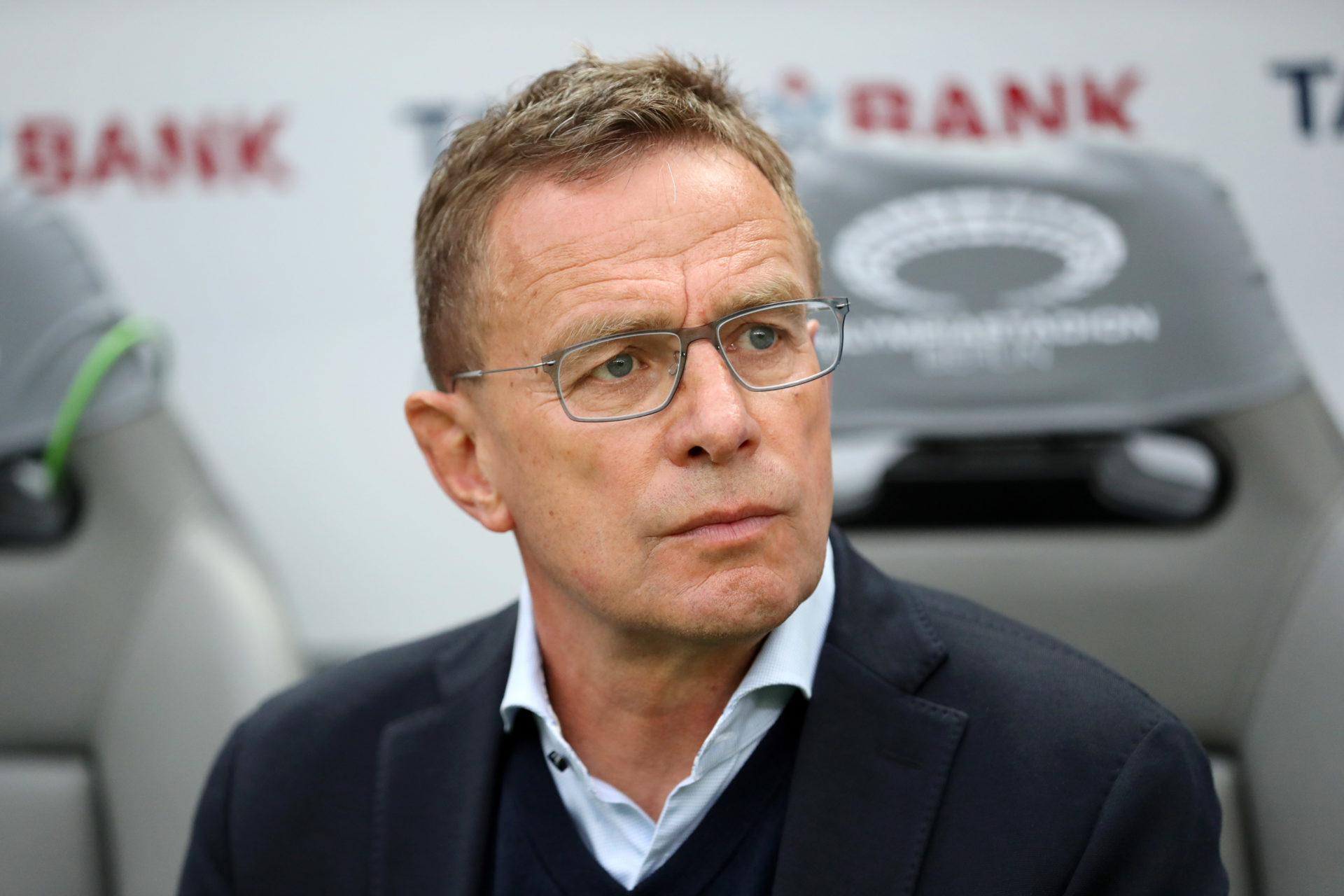 As soon as the news broke suggesting that Ole Gunnar Solskjaer’s place in the Old Trafford dugout would be taken by the so-called ‘Godfather of Gegenpressing’, all those Cristiano Ronaldo acolytes must have been quaking in their boots.

Just how on earth will Ralf Rangnick find a place in his relentless, famously hard-running style of football for a soon-to-be-37-year-old who, as pointed out by The Athletic, presses the opposition less than any other Premier League striker?

To focus on Ronaldo, however, would be to focus on the potential drawbacks of Rangnick’s impending appointment.

According to The Athletic, Manchester United have reached an agreement with Lokomotiv Moscow ahead of a deal that will see Rangnick sign a six-month contract before taking on a ‘consultancy’ role at Old Trafford.

But if things had worked out differently, the man who captured the imagination of a young Thomas Tuchel and Jurgen Klopp would not have had to wait quite so long to make his presence felt on English shores.

“15, 16 years ago, we spoke to him at Palace. He was far, far way beyond us because we were a Championship club,” explains Simon Jordan, the one-time Selhurst Park owner.

“This guy has got a body of work which is far different to Ole Gunnar Solskjaer’s, there’s more vindication to while you’d make this appointment (at Manchester United).”

The similarities between Rangnick’s tactical blueprint and that of Mauricio Pochettino or Erik Ten Hag – believed to be United’s top two choices for the managerial role – have not gone unnoticed.

Rangnick’s appointment, then, feels very much like a ‘laying the foundations’ sort of a move.

In other news, 'Wants to leave': Andriy Arshavin suggests Arsenal could get £17m ace for free