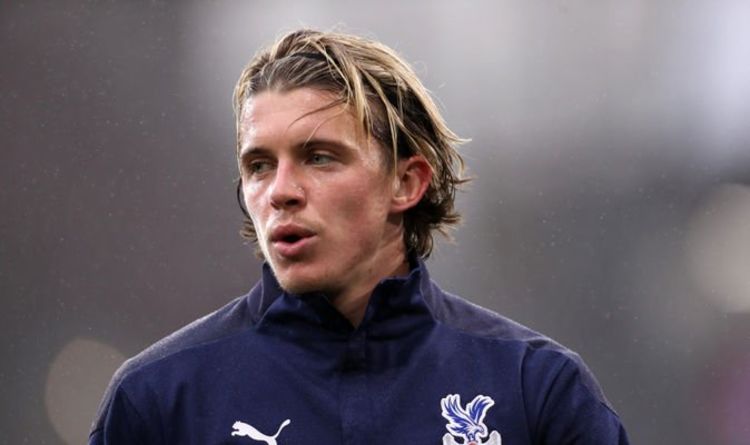 Chelsea loanee Conor Gallagher is reportedly keen to go back to his parent club at the end of the season, ignoring the advice of former boss Sam Allardyce, after details of a private chat with Rio Ferdinand have emerged. The youngster is shining on loan at Crystal Palace this campaign, and while there is expected to be serious interest in him once that spell comes to an end, Stamford Bridge is supposedly his preferred destination.

With seven goal involvements in 11 Premier League games this campaign, Gallagher is enjoying a tremendous breakthrough at Selhurst Park.

Under the tutelage of midfield legend Patrick Vieira, Gallagher is expected to improve even further with expert guidance and regular game time.

Although Chelsea is stacked full of midfield talent, it appears as though the 21-year-old is keen to have a crack at breaking into Tuchel's plans once his loan spell concludes.

Conor Gallagher is on loan at Crystal Palace from Chelsea this season (Image: GETTY)

Steve Sidwell told the JOE YouTube channel: "The mindset on him is incredible.

"Rio [Ferdinand] told me that he did an interview with him not long ago, and he said, 'when you speak about me on TV, make sure that you state I want to go back to Chelsea'.

"He has supported Chelsea all his life, he is Chelsea through and through which makes the connection with the fans brilliant."

With Jorginho and N'Golo Kante both laying claim to spots in the Blues' midfield, one has to wonder how Gallagher can break through.

Sam Allardyce has warned Conor Gallagher about the dangers of returning to Chelsea (Image: GETTY)

"I have seen a good player since I have been here. I heard how good he was before I came.

"I think every day and every game he plays in the Premier League he gains more experience. When you lose more than you win, which he is experiencing for the first time, it makes you tougher. More determined."

Still, as the latest details emerge it appears as though Gallagher is prepared to risk losing the momentum he has built up during his various loan spells.

Young stars like Ruben Loftus-Cheek have found their development stunted due to a lack of opportunities under Tuchel, while Gallagher will hope that he has shown enough to warrant a level of trust from the German to put him in amongst the action.