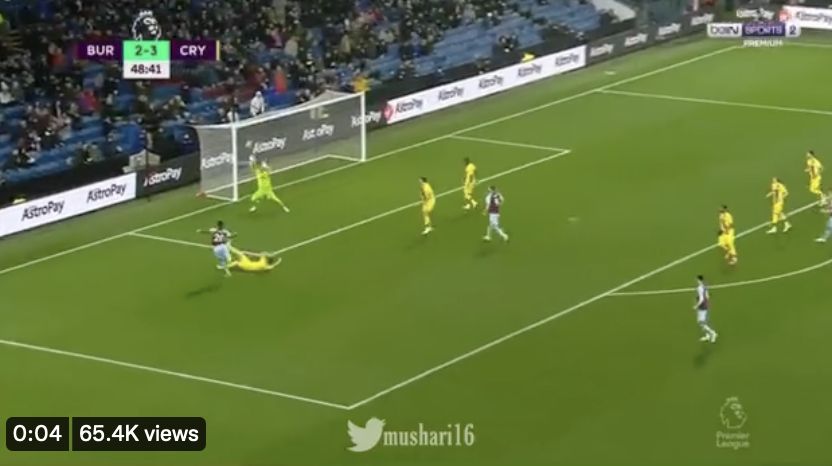 Sometimes a game gets settled by a moment of class, and though Maxwel Cornet’s rocket for Burnley against Crystal Palace didn’t win them the game, it was worth the admission money.

The Eagles continue to show improvement under Patrick Vieira, and were 3-2 up at half-time and looking good value for a potential win.

The Clarets were never out of the game, however, and when Cornet’s time to shine came, he took it with aplomb, smashing home on the volley.