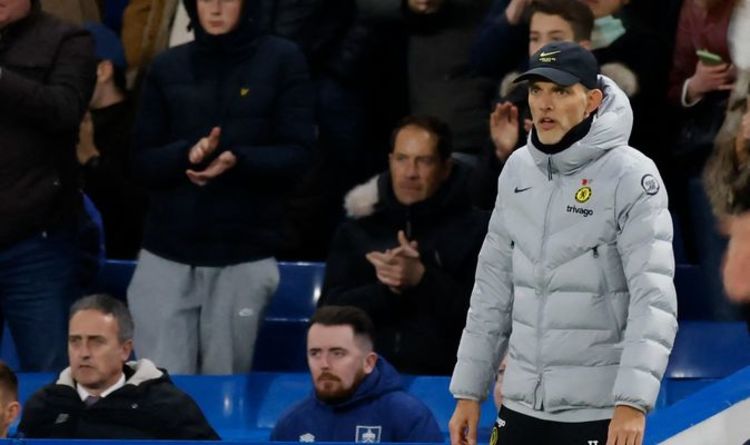 Chelsea boss Thomas Tuchel is facing up to a potential problem next season, with Conor Gallagher continuing to star on loan at Crystal Palace. Gallagher was sent to Selhurst Park for the fourth temporary move of his young career in the summer transfer window.

His performances under Patrick Vieira have impressed many and marked him out as a potential star of the future for the Blues.

The 21-year-old has scored four goals and notched two assists in 10 games in the Premier League so far this term.

Those displays earned him a call-up to the England senior side, making his full debut in the hammering of San Marino on Monday.

His performances have also caught the eye of Tuchel, though the Blues boss has insisted that the midfielder will see out his full loan at Selhurst Park.

“I feel him happy there and that he is having this impact at Crystal Palace. It is too early to talk about that in public before we talk with Conor himself and what his goals are.

“This will happen in the summer as we all agreed to the decision that we wanted to send him to Palace.”

Despite those comments though, there remains some concern that Gallagher may not be handed the opportunities he craves when he returns to Stamford Bridge.

Gallagher's performances at Crystal Palace have drawn the eye of Tuchel (Image: Express Sport)Conor Gallagher: The Chelsea loanee has impressed at Crystal Palace (Image: Offside)Tuchel should look to Lampard's promotion of Mason mount for tips on how to do the same with Gallagh (Image: Getty Images)

Tuchel is currently looking light on options in that area of the pitch, with a successful promotion of Gallagher also giving the Blues a different type of option in midfield.

With Saul's loan deal unlikely to be made permanent, Tuchel can save himself spending a transfer fee by simply bringing in Gallagher.