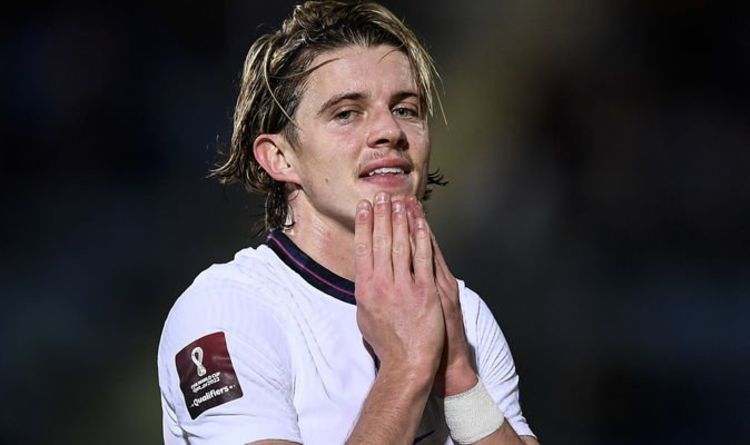 “SIGN HIM UP, SIGN HIM UP” sang the Crystal Palace crowd last week, as Conor Gallagher once again lit up Selhurst Park. The on-loan Chelsea midfielder scored Palace’s second goal, via a kind deflection off Conor Coady, but it was a totally deserved effort after yet another outstanding display, as his team lifted themselves up to tenth in the Premier League table.

It was Gallagher’s fourth goal this season in ten league games since he joined them on a season-long loan during the summer as one of new manager Patrick Vieira’s seven new recruits to a totally reshaped team.

Palace had tried to get Gallagher on loan the previous summer when under the management of Roy Hodgson, but had been beaten to the punch by West Bromwich, where again the Surrey-born player starred, even as the Midlanders were relegated.

Palace would dearly like to have Gallagher permanently, but Chelsea know what they have got, and are not selling. There is no option to buy at the end of the deal, because Thomas Tuchel wants Gallagher in his squad next season.

But what a few weeks it has been for the boy who joined Chelsea at the age of eight. Straight after helping Palace beat Wolves, he was off to England’s Under 21s as they beat the Czech Republic 3-1 at Turf Moor last Thursday.

Then though, as Gareth Southgate’s senior squad was hit by injuries to Jordan Henderson and Jack Grealish, suddenly there was the all-action Gallagher actually in the England team, coming on as a half time substitute for Kalvin Phillips and almost scoring on his debut as England won 10-0.

As a ten days goes, not bad at all.

Gallagher, who only turns 22 in February, after the game immediately paid tribute to Vieira for how the Palace manager has used his strengths in getting into the penalty area this season.

Former England defender Jonathan Woodgate has called Palace’s capture of Gallagher the signing of the season so far - and right now few around Selhurst Park would argue with him.

Gallagher simply never stops. Beside the four goals for Palace this season there have been two assists, 321 passes, 44 crosses, 26 tackles, 62% of them won, and 65 duels won.

Conor Gallagher is expected to return to Chelsea at the end of the season (Image: GETTY)

It is not just the arrival of Gallagher that has lifted Palace. Vieira has also strengthened his defence with the arrival of Marc Guehi and Joachim Andersen - and a more attacking, possession-based style of football, has seen the Frenchman’s team, after a slow start, register a run of six games without defeat as they head into tomorrow’s game at Burnley.