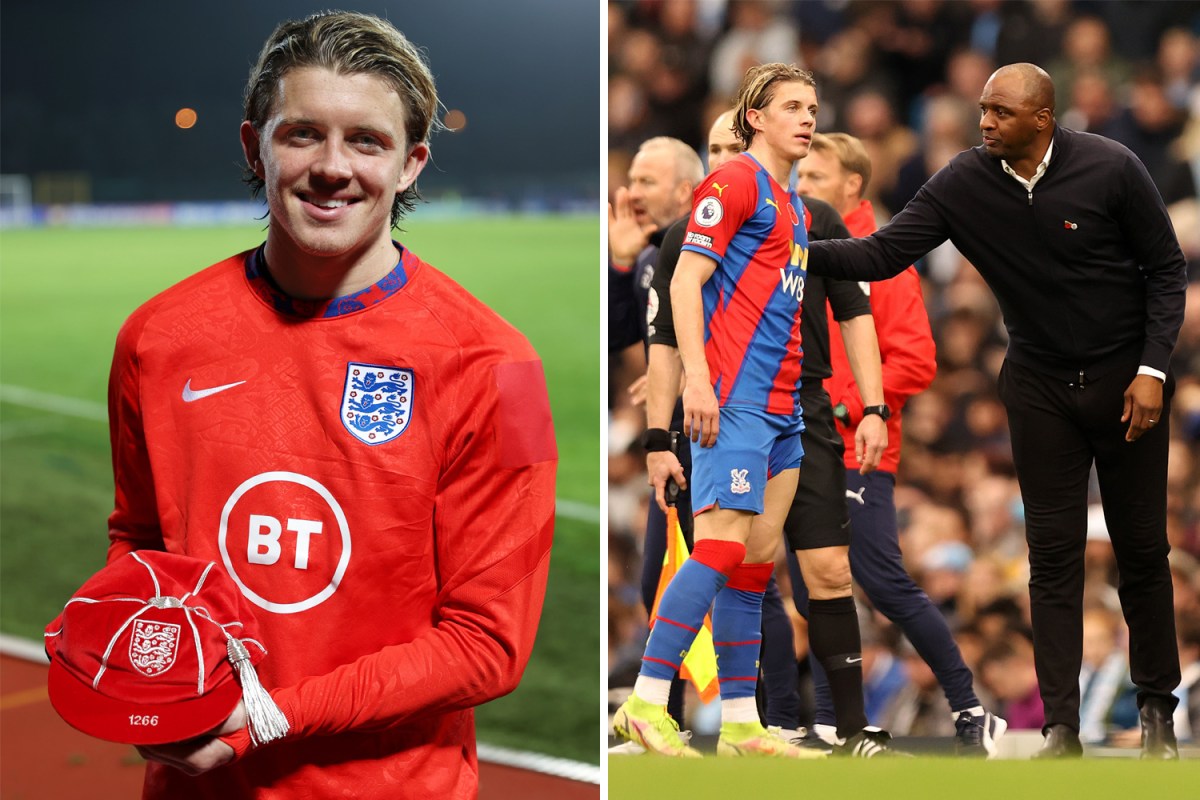 The midfielder, on loan from Chelsea, slotted in comfortably after coming off the bench in the Three Lions' 10-0 win over San Marino on Monday.

Conor Gallagher holds his first England cap and attributes his quick rise to Patrick Vieira passing on tips from his legendary career in midfieldCredit: Getty

"He was one of the best midfielders in the Premier League so to learn from him and work under him is brilliant.

"He helps me a lot, tactically, and most importantly, which is really good, is how he knows my strengths and tells me what to do in terms of that.

“So I am allowed to make the box and do what I do best which is part of the reason why I’ve had a good start to the season.”

Gallagher was clearly shocked at his late call-up to the senior team by Gareth Southgate having been with the under-21s.

He said: “I didn’t expect to be here at all. I was with the under-21s preparing for our next game.

“That’s when I got a call from Gareth to come and join the senior team. I was over the moon.

"I was hoping to get some minutes so I could make my debut and thankfully I did.

"I play against them but to play with them is new.

“The guys were all really nice guys and were really welcoming.”