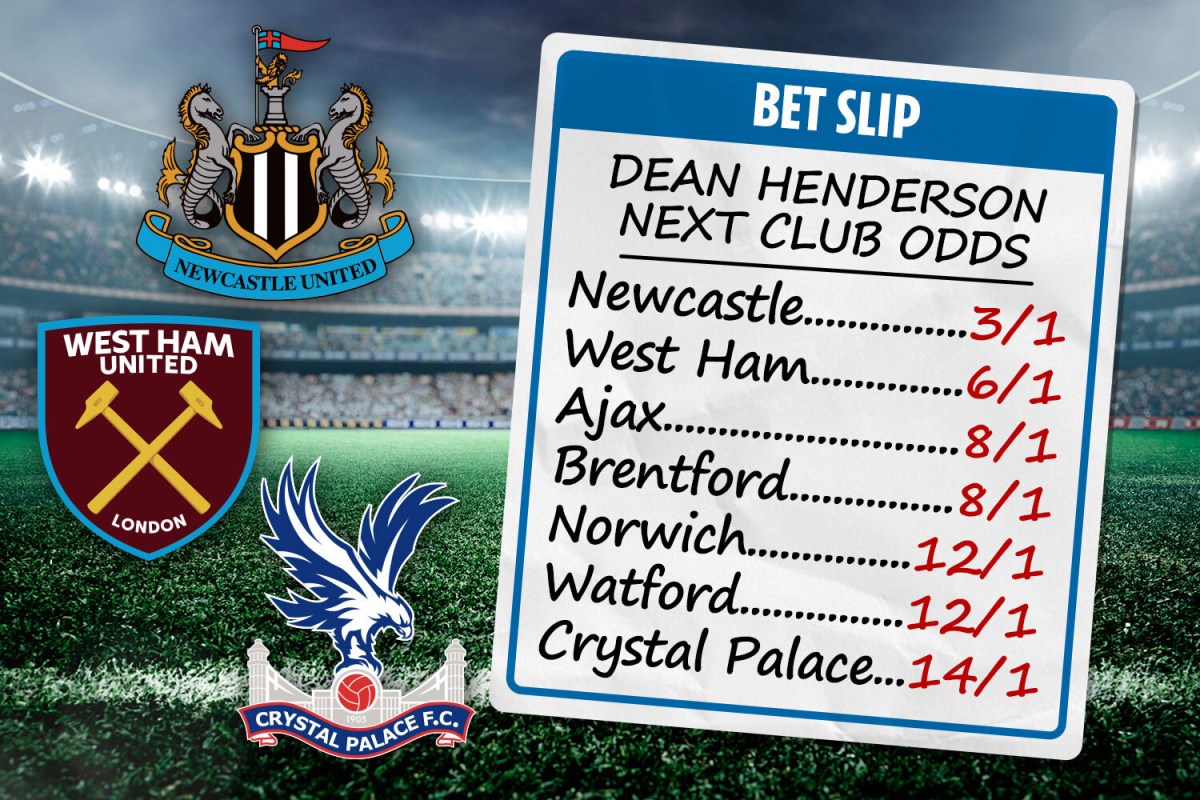 And there's no shortage of Premier League interest in the goalkeeper with Newcastle the frontrunners for his signature, according to Sky Bet.

David de Gea has kept Dean Henderson out of the starting XICredit: GETTY

The 24-year-old is firmly behind David de Gea in the Old Trafford pecking order.

And that's despite finishing the 2020-21 campaign as United's first-choice.

Furthermore, Henderson has lost his position as England's No. 2 to Arsenal star Aaron Ramsdale, who earned his first senior cap against San Marino.

SunSport understand United will allow Henderson to leave on an 18-month loan deal in January until June 2023.

However, 90min claim Henderson is pushing for a permanent sale as he is 'unsure' of the benefits of a long-term loan.

The former Sheffield United loanee is at the mercy of United chiefs given he signed a six-year deal with the club that expires in 2025.

But if an agreement is reached - Newcastle are the leading contenders at odds of 3/1 to complete a permanent or loan deal during the January transfer window with Sky Bet.

West Ham are next in the betting market at 6/1, ahead of Dutch heavyweights Ajax and Brentford at 8s.

Norwich and Watford are locked together at 12/1 with Patrick Vieira's Crystal Palace the outsiders of the field at 14/1.

Commercial content notice: Taking one of the bookmaker offers featured in this article may result in a payment to The Sun. 18+. T&Cs apply. Begambleaware.org

A responsible gambler is someone who:

For help with a gambling problem, call the National Gambling Helpline on 0808 8020 133 or go to www.gamstop.co.uk to be excluded from all UK-regulated gambling websites.