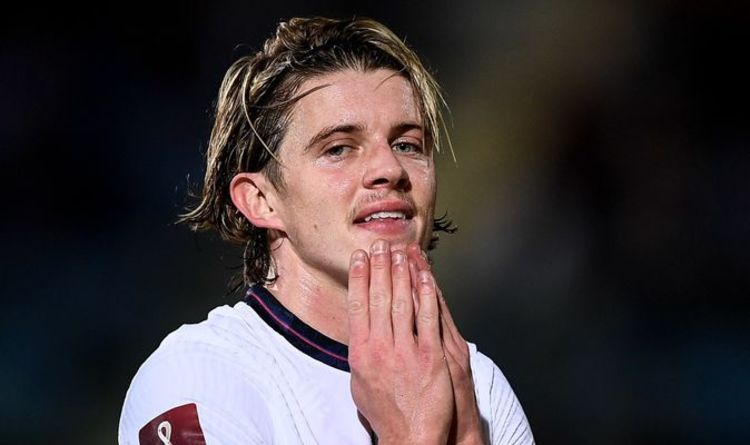 Conor Gallagher reportedly has doubts over his prospects of breaking into the Chelsea team next season - despite receiving assurances from the Stamford Bridge hierarchy amid his dazzling form at Crystal Palace.

Gallagher has been one of the Premier League's standout stars this term during his loan stint in south London following a couple of temporary spells with Swansea and West Brom in recent years.

The 21-year-old has flourished under Patrick Vieira and has even managed to grab four goals and two assists in just 11 league games this term. That form has led to Gallagher being earmarked for a first team spot at the Blues next year - and also earned him his maiden England cap earlier this week.

Conor Gallagher has been earmarked for a role at Chelsea next year (Image: GETTY)

But according to Eurosport, Gallagher still has 'reservations' over whether or not he will really be given a shot at breaking into Thomas Tuchel's team next season.

Both Gallagher and Norwich City loanee Billy Gilmour are viewed as two players who can play a pivotal role under the German boss next year, but the report goes on to outline that sources close to Gallagher have a suspicion that Chelsea will still be tempted to strengthen the squad in the transfer market; making it less likely that Gallagher will have a role to play.

Chelsea have garnered a reputation over previous years for stockpiling younger players and loaning them out, although it should be noted that a host of academy graduates have broken through under Tuchel and his predecessor, Frank Lampard, over the past couple of years.