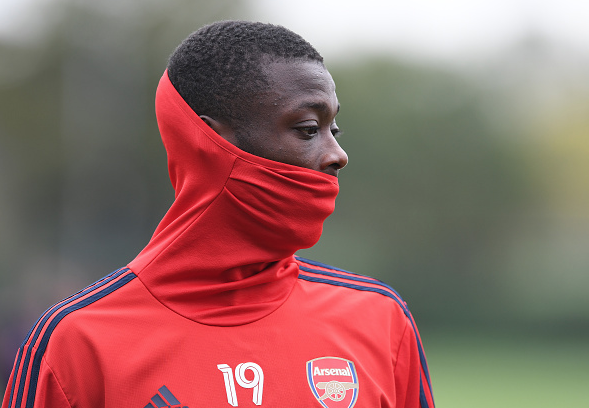 Signed from Lille for £72m, Nicolas Pépé has never lived up to his expensive price tag at Arsenal.

The star of the show at Lille, more was expected from the 26-year-old, and there’s no denying that he has struggled to fully convince Mikel Arteta, who has only used him for five minutes in the last three Premier League games.

That’s why clubs are currently snooping around, with Everton, Newcastle United and Crystal Palace all said to be holding an interest in the winger.

Jeunes Footeux in France are the ones claiming the news, as the Toffees, the Magpies and the Eagles all want to take advantage of the player’s precarious position at the Emirates, hoping to secure a deal in the January transfer window.

However, they aren’t looking at direct transfer a but rather ‘a loan with a view to buy’, with it explained that judging by his recent performances, ‘Arsenal might not have any other choice than accepting’ those terms.

Newcastle are expected to make big moves in the January transfer window following the recent takeover from the Saudi Arabian Public Investment Fund, and bringing in a player like Pépé to compliment the likes of Allan Saint-Maximin could go a long way in turning draws and losses into wins, which they sorely need.

As for Everton and Crystal Palace, they clearly don’t have the same financial weight as their northern rivals, but they also wouldn’t have to pay anything other than the player’s wages until next summer with the deal they are considering.

One to keep an eye on, because a move in January away from the pressure at the Emirates, could go a long way in turning Pépé’s career around.