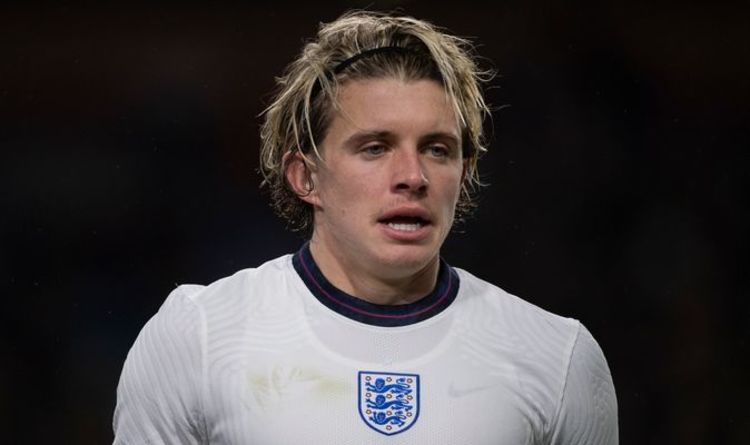 Conor Gallagher is not convinced that Thomas Tuchel will offer him a chance to prove himself at Chelsea next season despite being given assurances by the Blues, according to reports. Gallagher is currently on loan at Crystal Palace and has turned plenty of heads during his time at Selhurst Park, earning a maiden England call-up in the process.

The 21-year-old was introduced as a second-half substitute during England's huge win over San Marino on Monday evening to mark his senior debut for the Three Lions.Gallagher is widely expected to fit into Chelsea's first-team picture next season after a hugely impressive spell to date with Crystal Palace.He has already racked up four goals and two assists in the Premier League since the beginning of the campaign and has emerged as a key asset under Patrick Vieira.Chelsea have reportedly assured Gallagher that he will be given the opportunity to follow in the footsteps of Mason Mount, Reece James and Trevoh Chalobah by working his way into Tuchel's plans at Stamford Bridge next season.

However, the Crystal Palace loanee has reservations about whether those claims will prove to be accurate, according to Eurosport.

JUST IN: Cristiano Ronaldo snubbed as Woodgate names his signing of the season

Gallagher made his England debut against San Marino on Monday evening (Image: GETTY)

The report states that Gallagher is worried about the Blues dipping into the transfer market between now and next season to reduce his chances of a first-team breakthrough.

There is said to be a feeling at Chelsea that he will soon be ready to make the jump, while Billy Gilmour has also been earmarked for a senior role upon his return from Norwich City.

However, it remains to be seen whether Gallagher will trust Tuchel to give him regular minutes at Stamford Bridge next year as he eyes a place in the first-team dressing room.

Gallagher will be desperately hoping that his current loan spell at Crystal Palace will be his last, but it seems as though he could pursue another temporary move away next season if he is denied the chance to prove himself.

He excelled during his previous spells at Charlton Athletic, Swansea City and West Bromwich Albion and will be determined to make the grade at his boyhood club over the coming years.Gallagher previously revealed that the likes of Mount and James have inspired him to fix his sights firmly on the prize of first-team football at Chelsea in order to join the illustrious group of Cobham graduates that have taken the final step in recent years.

"It definitely makes me very hopeful, as it does with other Chelsea youngsters, seeing how many youngsters have come through this season," he told Whoscored during his loan spell at Swansea two seasons ago.

"So you know that it's possible if I keep working hard and playing well then hopefully I'll get my chance.

"Chelsea are always in contact with me. They have staff that look after the loan players, so they always keep in contact and give me advice and show me what they think I can work on."

Meanwhile, Crystal Palace boss Vieira has waxed lyrical over Gallagher on plenty of occasions this season, insisting last month that he is a pleasure to work with on a daily basis."The staff and myself are really enjoying working with him," said Vieira."He comes in every morning with a big smile on his face and is leaving the training ground with a big smile as well.

"When he’s on the field he’s working hard every single day and he is a player that wants to fulfil his potential.

"I think that is a really important tool to have as a player, to improve yourself and keep challenging yourself."