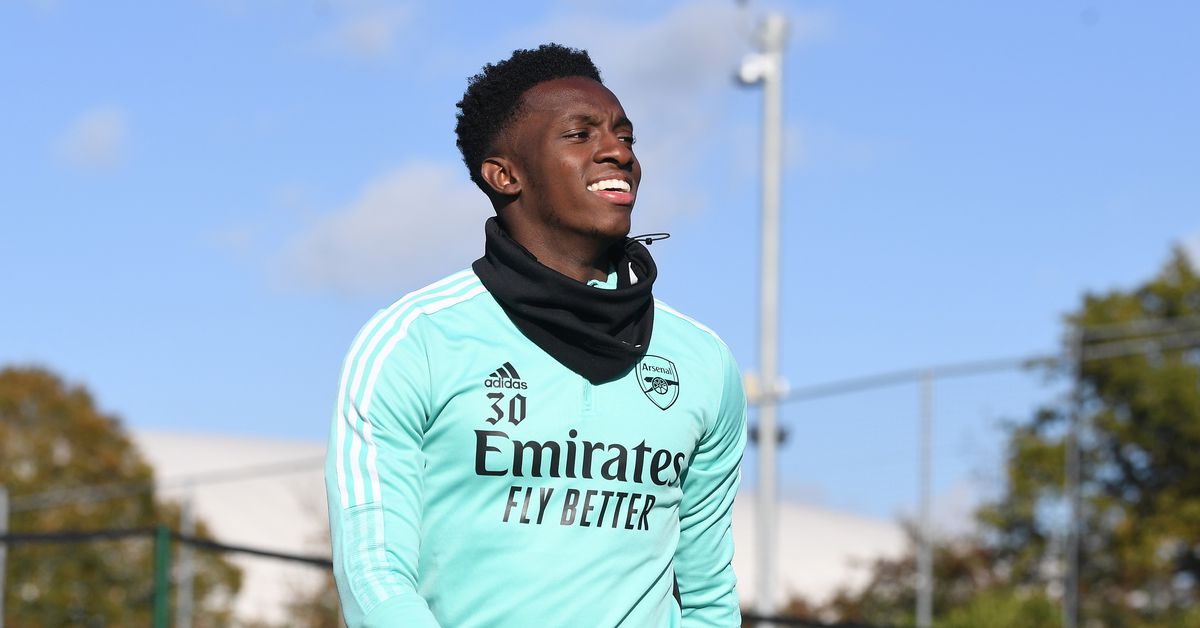 Eddie Nketiah is somewhat of a forgotten man at Arsenal, caught betwixt and between. He’s clearly behind Pierre-Emerick Aubameyang and Alexandre Lacazette in the pecking order at striker right now. The Gunners committing to Folarin Balogun (with whom Nketiah shares an agent) suggests that the 22-year old won’t be top of the depth chart down the road. And somehow Gabriel Martinelli (whose future, according to his father and the club, is in North London at least in the medium-term) factors into the calculus, too.

So it’s not surprising that the Daily Mail reports that Nkeitah would like a move away from Arsenal this summer. The England youth striker is out of contract in North London at the end of the season and has already turned down one extension offer from the club. Nketiah was reportedly close to a move to Crystal Palace in the last window, but the move collapsed when Palace opted to buy Odsonne Edouard.

Apparently a move to Selhurst Park is still a possibility, with the Daily Mail reporting continued interest from both Nketiah and Palace in striking a deal. Borussia Monchengladbach are also said to be interested in his services.

Nketiah can sign a pre-contract with a club outside of England starting January 1st. He would have to wait until the end of the season to negotiate within the Premier League. Consequently, Arsenal may make a last-ditch effort to move him in the winter window, and despite Nketiah becoming available on a “free” transfer at the end of June, a club like Palace might move for him in January to prevent him hitting the open market / to secure his services for the second half of the season.

You’ll note that in the previous paragraph “free” is in quotation marks. That’s because even if Nketiah signs elsewhere in England this summer, because of his age, Arsenal are likely to receive compensation per Premier League and EFL rules. The amount would be set either via agreement between Arsenal and the club with which Nketiah signs or determined by tribunal. Should Nketiah move to another league, the Gunners would get compensation under FIFA rules, but the amount would likely be significantly less. The Athletic has a more in-depth breakdown of exactly how those processes work.

The bottom line is Eddie Nketiah’s time at Arsenal looks to be drawing to a close. It’s probably for the best. He has an undeniable nose for the net, but the rest of his game is too limited to excel at the top of the Premier League. He would be better suited to a mid-table club like Palace or perhaps Everton (should Dominic Calvert-Lewin move, which I think he will in the next year or two). Best case scenario, Nketiah becomes Danny Ings-light — 10 to 15 league goals but not a player in the conversation for “best striker in the league” which is a cut or two below what Arsenal want to have leading the line.