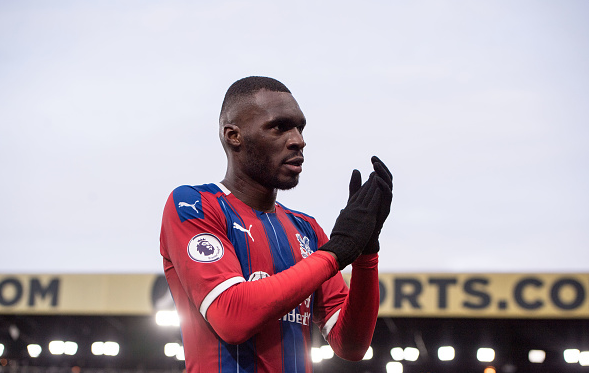 Crystal Palace striker Christian Benteke has been backed to make a return to the Belgium set-up thanks to his resurgence under Patrick Vieira.

Benteke has had a few difficult years with Palace, struggling as the lone striker under Roy Hodgson’s more defensive set-up.

He’s enjoying something of a lease of life under Hodgson’s replacement Vieira, though, with two goals and one assist in ten games in all competitions.

Given he managed 11 goals in 33 games last season, he’s already on track to at least match that tally, particularly given Crystal Palace’s new attacking intent.

Indeed, a burgeoning relationship with summer signing Odsonne Edouard looks like it could develop over the coming weeks and months and see the goals flowing.

Should that happen, it could see Benteke make a return to Roberto Martinez’s Belgium squad, with Benteke being left out of the squad for the UEFA Nation League finals against France and Italy earlier this month.

Former Belgium boss René Vandereycken can certainly see that happening, believing the Crystal Palace man has what it takes.

“I’ve always had a soft spot for Benteke, but in recent years he hasn’t performed to the best of his ability,” he told Het Niuewsblad.

“For Benteke to perform, he needs to be supported by his teammates. He is not a striker who forces it alone.

“When I brought Eden Hazard to the national team, they played together in the U17s, but Benteke was heavier then and less agile for his age. He has evolved tremendously as an athlete and is faster than many think thanks to his running technique.

“Big strikers often get going with big passes, but he accelerates with smaller passes and can maintain his speed afterwards.

“Benteke still has the qualities for international level, but whether he is called up does not just depend on his performance. Batshuayi has an advantage because of his past with the Devils. If he also performs at Besiktas, he will be preferred.”