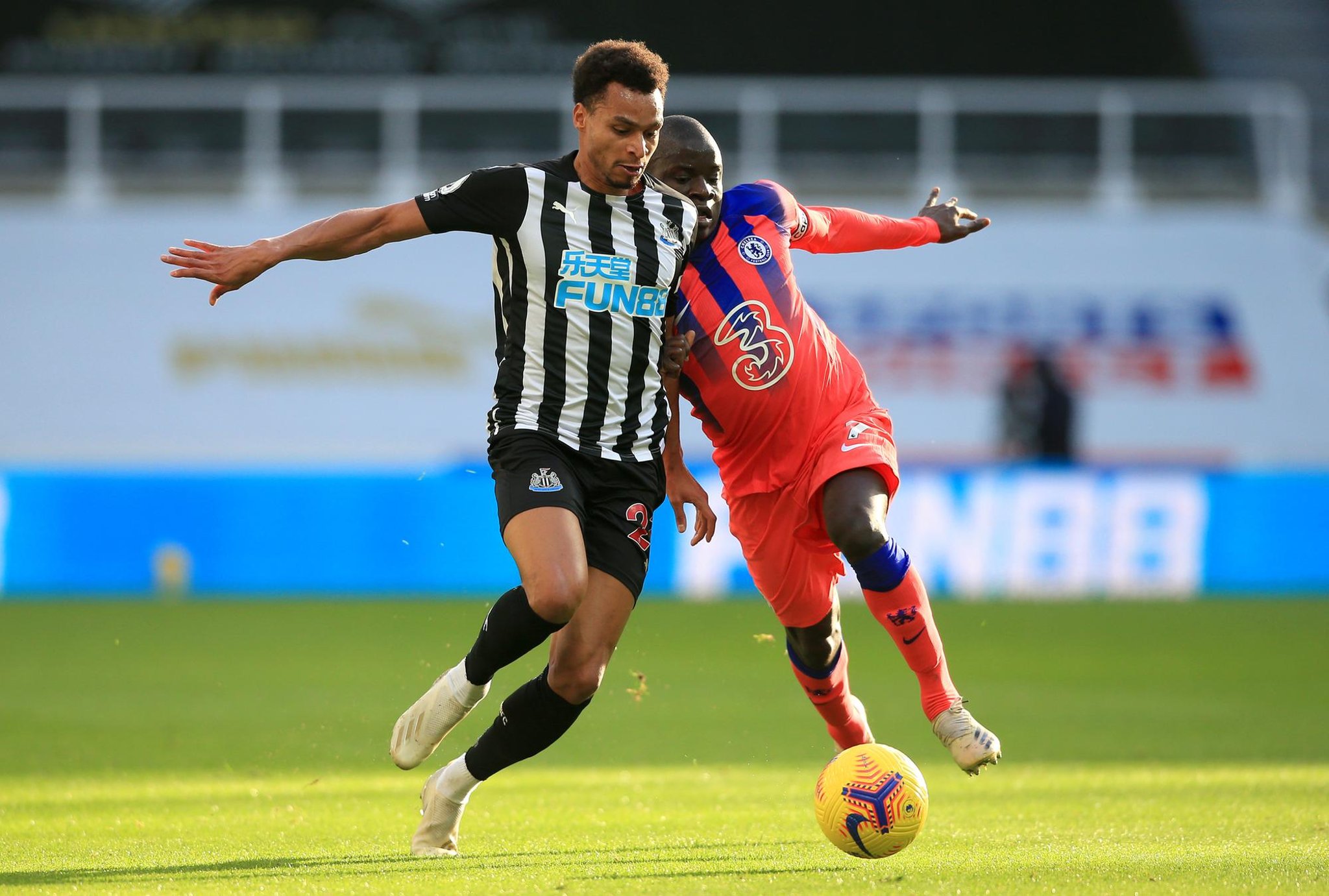 NEWCASTLE UPON TYNE, ENGLAND - NOVEMBER 21: Jacob Murphy of Newcastle United battles for possession with Ngolo Kante of Chelsea during the Premier League match between Newcastle United and Chelsea at St. James Park on November 21, 2020 in Newcastle upon Tyne, England. (Photo by Lindsey Parnaby - Pool/Getty Images)

Up until their recent takeover was complete, things weren’t looking quite as positive at St. James’ Park.

The Magpies are still without a win in the Premier League but put on a more promising performance against Crystal Palace at the weekend in their second match since the departure of Mike Ashley.

Newcastle are likely to see a new manager come in in the near future, hopefully meaning improved results and a kickstart to the campaign.

This time last season Steve Bruce had begun his second season in charge of his boyhood club and little did the supporters know that he would remain on Tyneside for another year until they became one of the richest football clubs in the world.

With around a quarter of the 2021/22 season complete, we have compared Newcastle United’s campaign so far to this time last season…

A 2-0 home defeat to Chelsea had left them eight points above the relegation zone and only four points from a top six spot.

Their position after nine games was their highest in the Premier League since the 2017/18 season.

After nine games of the 2020/21 campaign Newcastle United had already picked up three wins against West Ham (A), Burnley (H) and Everton (A).

While they have played out four draws so far this season, this time last year they had rescued a point with a 97th minute goal against Tottenham Hotspur, as well as another late draw in Wolverhampton.

They had also suffered four losses – a disappointing 3-0 defeat to Brighton & Hove Albion in the second game of the season, a defeat to Manchester United of the same scoreline as September’s clash, 2-0 against Southampton and also the defeat to Chelsea the following game.

After nine games last season the Magpies had scored ten goals – one less than they have this time round.

However, they have currently conceded 20 goals in the Premier League – five more than this time last year.

Their nineth game of the 2020/21 campaign saw them play a similar line-up against Chelsea to that of their team that drew with Crystal Palace last weekend.

Karl Darlow featured in net for the Tyneside club in their defeat to Chelsea.

Newcastle were without former number one Martin Dubravka after he picked up an ankle injury during pre-season and didn’t return to the starting line-up until January of this year.

Similar to last season, the Slovakia international has been sidelined with another injury, leaving Darlow as the Magpies' first choice, with Mark Gillespie on the bench.

Newcastle’s defence was very similar to the back five that started at Selhurst Park.

Emil Krafth started ahead of Fernandez while Matt Ritchie started on the left, leaving Jamal Lewis as an unused substitute.

Steve Bruce had mostly opted for a back four so far this season but Graeme Jones looked to change formation as they faced Patrick Vieira’s side.

Sean Longstaff and Isaac Hayden were both in midfield at Selhurst Park, while Ryan Fraser took Murphy’s spot.

Meanwhile, Saint-Maximin has remained one of Newcastle’s most important players and has been moved up top under Graeme Jones.

The Frenchman had scored once in nine Premier League matches this time last season, while he has scored twice and assisted three so far.

Newcastle have also seen the permanent arrival of Joe Willock since this time last year, however the former Arsenal midfielder was dropped to the bench by Jones at the weekend.

Callum Wilson scored 12 goals in 26 Premier League matches for Newcastle United last season, however suffered multiple injuries across the campaign that left the Magpies struggling without his presence.

The former Bournemouth striker missed out on their defeat to Chelsea this time last year due to a muscle strain, meaning Joelinton – who was without a league goal in five months – was left to play up front.

Wilson had scored six goals in Newcastle’s opening nine league fixtures, while he has scored four in five matches so far this season.

Joelinton is without a goal this season, but has featured in all nine of their Premier League games and started against Tottenham Hotspur in the Magpies’ first game since the takeover was completed.