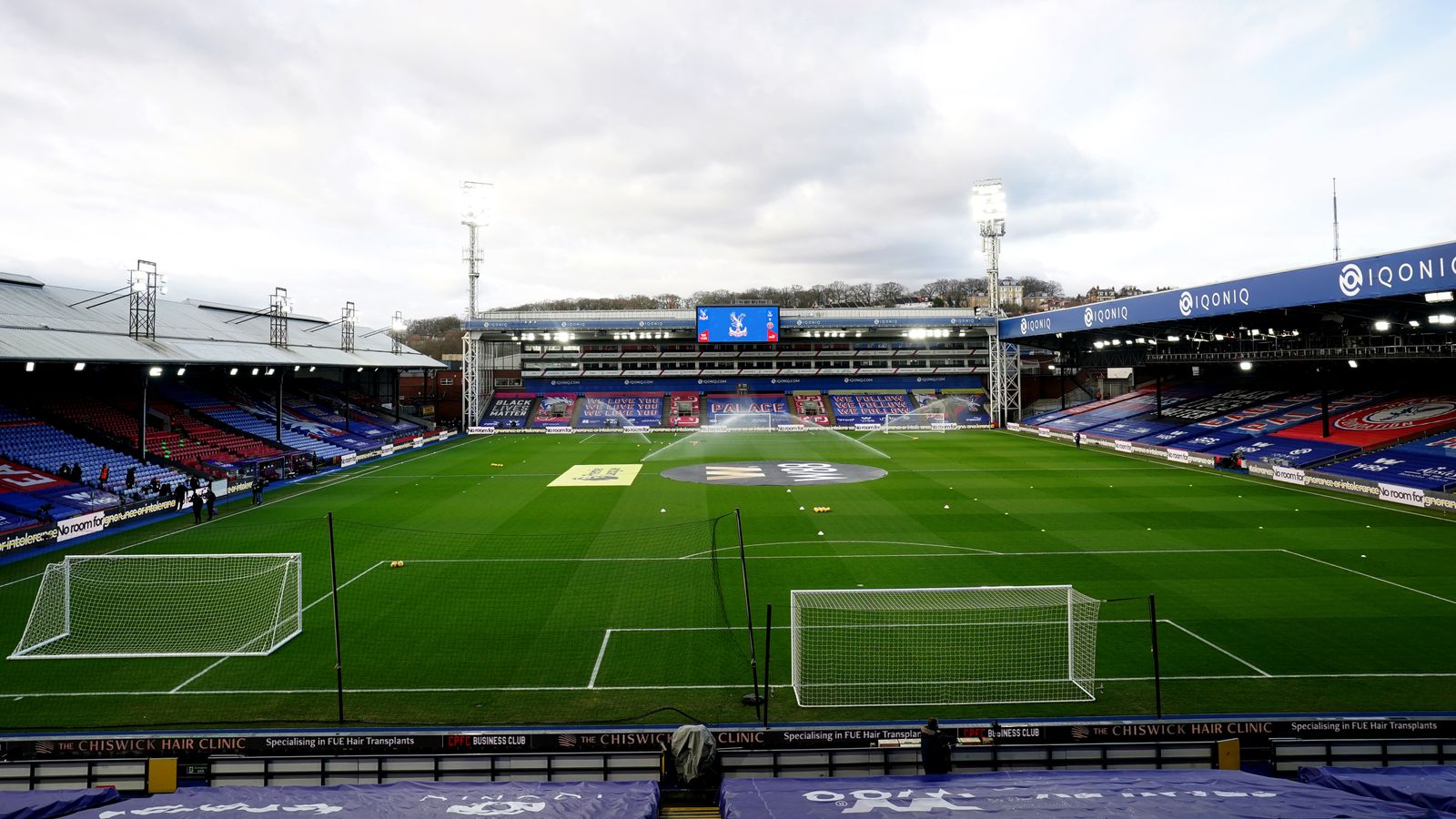 The Metropolitan Police will not be taking any action against Crystal Palace supporters who raised a banner on Saturday criticising Newcastle United's new owners.

The banner at Palace, unveiled during the sides' 1-1 draw at Selhurst Park, also took aim at the Premier League's ownership test.

UPDATE: On Saturday, a member of the public contacted us to raise concerns about a banner displayed at the Crystal Palace vs Newcastle match at Selhurst Park.

Following an assessment, officers have concluded that no offences have been committed. No further action will be taken.

"On Saturday, a member of the public contacted us to raise concerns about a banner displayed at the Crystal Palace vs Newcastle match at Selhurst Park," Croydon Metropolitan Police said on Twitter.

"Following an assessment, officers have concluded that no offences have been committed. No further action will be taken."

Police said on Saturday that officers were assessing the information and carrying out enquiries, and "any allegations of racist abuse will be taken very seriously".

FREE TO WATCH: Highlights from the 1-1 draw between Crystal Palace and Newcastle in the Premier League

The Newcastle takeover has drawn criticism from human rights groups such as Amnesty International.

Palace fan group Holmesdale Fanatics said they were responsible for the banner and continued their attack on the Newcastle takeover in a statement on Twitter.

"The Saudi led takeover of Newcastle has rightly received widespread condemnation and anger," it said.

"To give the 'thumbs up' to this deal at a time when the Premier League is promoting the women's game and inclusive initiatives such as rainbow armbands, shows the total hypocrisy at play and demonstrates the League's soulless agenda where profits trump all."

However, the Premier League received "legally binding" assurances that there was clear separation between PIF and the kingdom of Saudi Arabia.

The fans group's statement said this decision "made a mockery" of the 'Owners and Directors' test.

The Premier League was not immediately available to comment.

Sky Sports News has also reached out to Newcastle and Crystal Palace for a response.