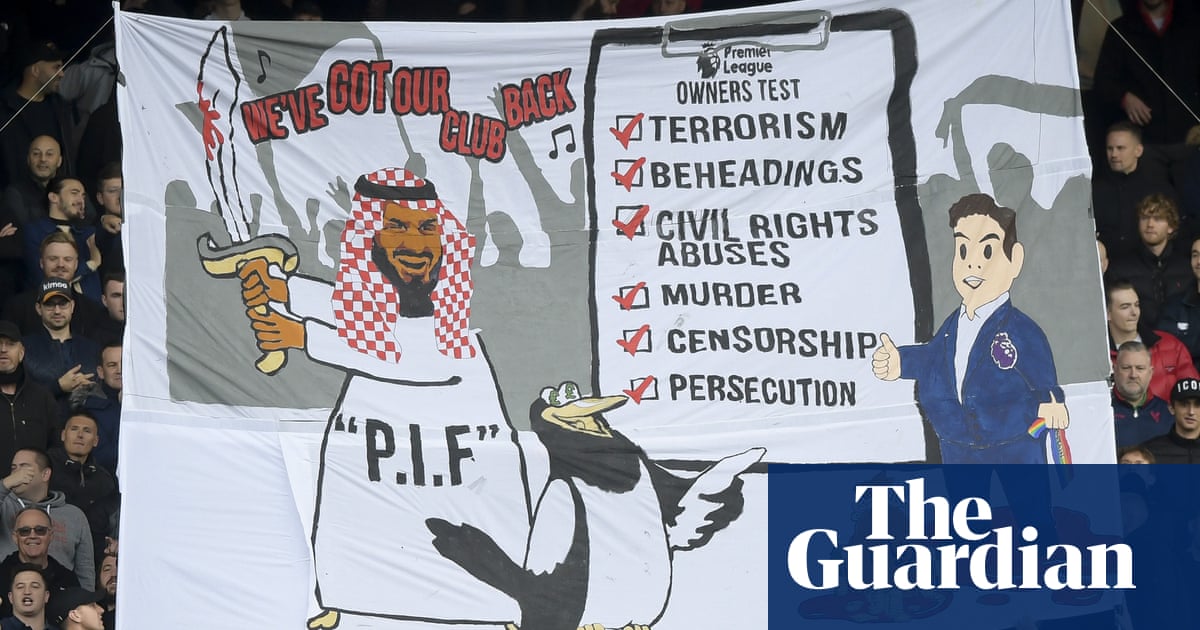 Police have confirmed they will not be taking any action against Crystal Palace supporters who raised a banner in protest at the Saudi takeover of Newcastle United last weekend.

The banner showed a man wearing traditional Arab dress and wielding a blood-stained sword, with the name of Newcastle’s new owners, PIF, on his thawb. It was raised at Selhurst Park before kick-off of Saturday’s Premier League fixture between the sides.

A member of the public complained to police that the banner was offensive. After the match, a post on the Croydon Metropolitan police service Twitter account confirmed that police were investigating the matter, saying: “Any allegations of racist abuse will be taken very seriously.”

On Monday the Met said that inquiries had been completed and that no further action would be taken.

“On Saturday 23 October, a member of the public contacted the police to raise concerns about a banner displayed at the Crystal Palace vs Newcastle match at Selhurst Park,” a statement read. “Following an assessment, officers have concluded that no offences have been committed. No further action will be taken.”