Verdict: Partey missed his audition in front of Vieira but dominated Villa
The Sun 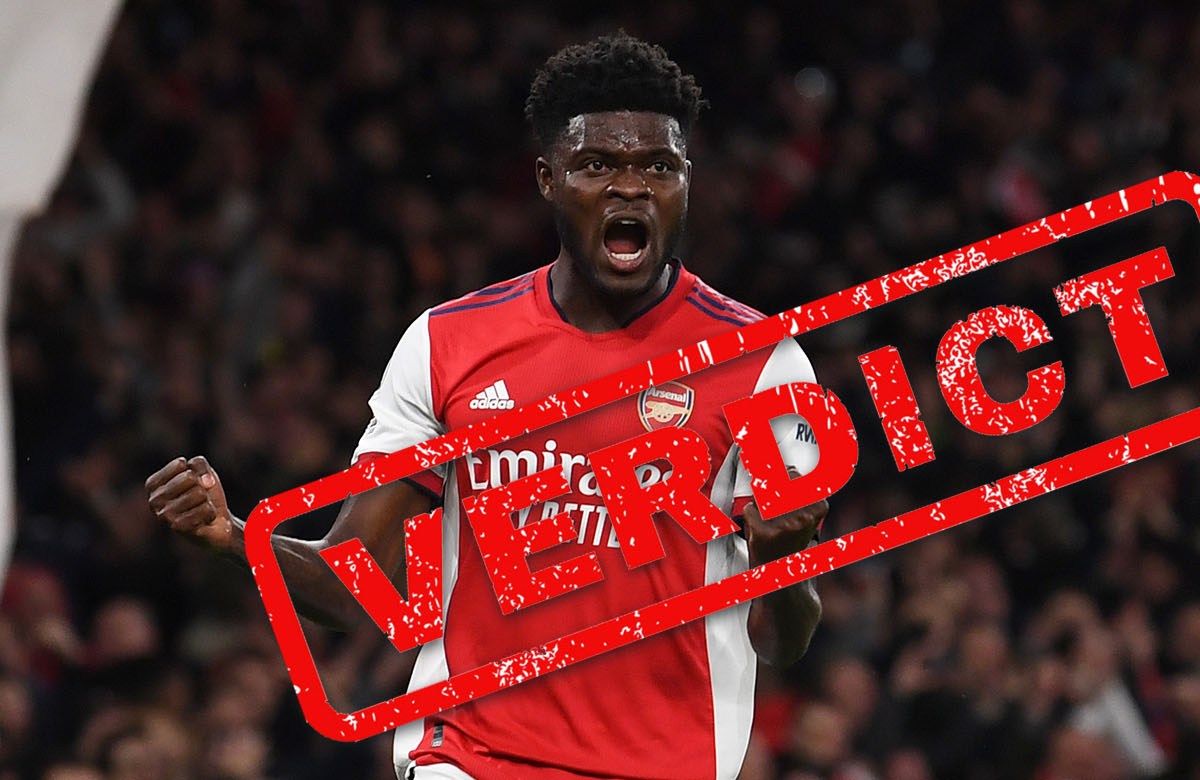 THOMAS PARTEY missed his chance to shine in front of Arsenal great Patrick Vieira on Monday.

The 28-year-old Ghanaian put in one of his worst showings in a Gunners shirt since his £45million mega-money move from Atletico Madrid last October.

Thomas Partey celebrates after opening the scoring on Friday night - his first for the clubCredit: Getty

The Arsenal midfielder headed in a corner midway through the first halfCredit: Getty

In fairness to Partey, he wasn't helped by Mikel Arteta's team selection in Monday's 2-2 draw with Vieira's Palace side.

Partey spent most of his time dealing with Palace's attacking threat as they carved through Arsenal's midfield almost at will.

What didn't help his night also was gifting away possession for Palace's equaliser five minutes after the break.

But Partey looked liberated and played with freedom on Friday night against Aston Villa.

His presence not only shared the defensive load in dealing with Emi Buendia and Villa's midfield, it freed Partey up to be more of an attacking threat and influence play in the same way Vieira used to.

The £45million signing scored the opening goal on Friday night - and his first for the club - when he headed home a corner midway through the first half.

And along with Lokonga he dominated the midfield battle with Buendia, Douglas Luiz and John McGinn.

Arsenal really should've been out of sight by half-time - and Partey could've scored even earlier when he hit the bar from Bukayo Saka's free-kick in the 19th minute.

And when Villa threw more men forward in the second half, Partey shielded the Gunners defence very well.

How he would've loved a performance like this in front of Arsenal's greatest ever midfielder.