Crystal Palace fans have their say on Newcastle United match (and takeover obviously...)
The Mag 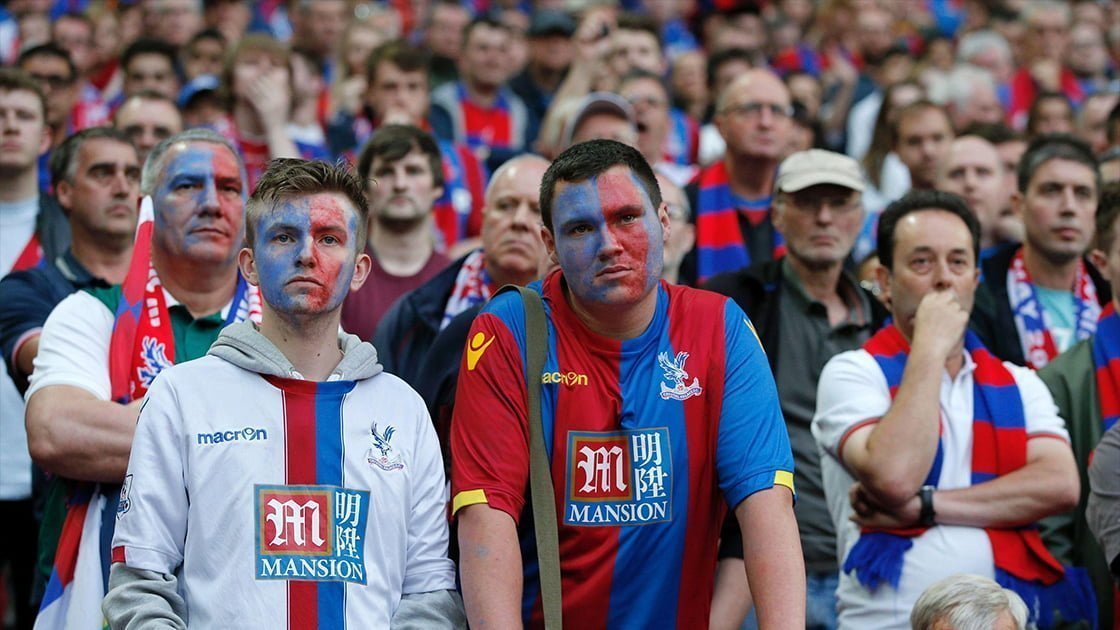 Crystal Palace fans watched on as their team made it six draws in the last eight Premier League games.

The home supporters feeling yet more points had been missed out on and wanting to blame allegedly biased match official, whilst at the same time arguing over whether goalscorer Benteke had won them a point or lost them two with a series of chances coming his way.

For Newcastle United it was backs to the wall, Graeme Jones recognising the absolute need to try and stop the rot, his defensive team selection attempting to tighten up the defence and hope to sneak a goal at the other end.

In a very limited way you could say the plan worked to perfection as a point was gained via limiting Palace to only three attempts on target, plus an outstanding Wilson goal out of nothing. However, in reality, only three on target was due to Benteke failing to hit the target with a free header from six yards and when put through only eight yards out with just Darlow to beat.

Of course, in this new post-Mike Ashley era, predictably the NUFC takeover was very much at the forefront as well for many of the comments from Crystal Palace fans.

Some largely very predictable comments that we are now coming to expect (and which were well in the majority, though many repetitive so haven’t included), whilst others put a bit more depth to it, as opposed to simply blaming Newcastle fans because they are the easy target despite having no say in the takeover.

The banner unveiled by Crystal Palace fans (see below) was typically well received (by Palace supporters) and debated.

It will be very interesting to see what Chelsea supporters come out with next weekend, considering the very serious issues that also surround their club’s ownership of these past two decades.

Crystal Palace fans commenting via their Holmesdale.net message board:

‘Gutted about the results but as I said the other day on the predictions thread we never seem to have any luck with Newcastle.

Can’t argue about the disallowed goal but I can moan about Newcastle getting away with plenty all over the pitch.’

‘Apparently Croydon Police received complaint about a racist banner. Not racist in my view. I suspect complaint was made by Staveley or her husband, he was seen taking a photo of it.

PL will probably be fuming and we will get not favours from them.’

‘Think this might have caused a bit of a tension between the two sets of directors when this was unfurled at the start of the match.

Can’t believe that it was smuggled in so must have been erected with the approval of the club.’

‘No. Senior steward explained it was inappropriate in a very adult way and asked for it to be taken down. Too late by then.’

‘Outstanding effort from the HF today. Let’s hope it inspires similar in every away ground throughout the season, as well as at home games.

The waddling penguin scum are going to have to get used to it.’

‘Politics has no place in football, whether it is unfurling banners about human rights issues abroad or taking the knee.

The sentiment will have support from a lot of people, but you can’t blame the fans or players of Newcastle.

One is left wondering how the rules on ownership have allowed this to happen. It’s hard not to be cynical.’

‘If Palace were taken over by a Saudi billionaire the majority of Palace fans would be like any other football fan accept it because it would ensure Palace become a European side within the next 3 to 5 years. Top 10 is a dream and that looks unlikely this season. It is hypocritical to have a banner when if the opposite happened most Palace fans like any other football fan base would welcome it cause most fans care more about success than their owners.

Plus if the PL did not accept it would have been hypocritical. You have Man City owned by a state effectively. Chelsea owned by a Russian owner. If you say no to Newcastle there is a double standards. There has also been allegations of corruption against the Chelsea owner, Man City and nearly every rich owner. Most rich owners have allegations of corruption against them many of them are true, Newcastle are no different.’

‘It’s an excellent banner. Congratulations to the HF. Absolutely superb. NUFC should be totally ashamed, I hope they get relegated.’

‘I don’t believe this would be the case with Palace. I think most Palace fans take pride in us being a small community club who are punching above our weight. Many, including myself, would turn their back on the club if this type of blood stained investment happened. Having a club to be proud of is more important than winning.

Newcastle fans are in the same bracket as West Ham and Liverpool who seem to think they are entitled to success. No thanks.’

‘Benteke played fantastic today. He scored our only goal and should’ve scored two. Are you really going to criticise him?’

‘Benteke “fantastic”??!! He was given so many opportunities, and totally fluffed the chances on the deck one on one with the keeper.’

‘I don’t like bringing politics into sport e.g. BLM however Newcastle and their fans started this so people are entitled to voice their opinions.

I am sick of people saying this has nothing to do with their fans (Shearer at al) They campaigned for the takeover and have welcomed it with open arms so they are fair game to be criticised.’

‘The bloke in the street just wants his football club to win.’

‘I do agree that there is massive hypocrisy among the hand ringers and virtue signallers in the media. They are very selective about their virtue.

That said, those that say they would walk away if it happened at Palace really must take themselves and their virtue very seriously. Personally, I would like to see us win something before I die. The Saudi government is for others to worry about. What I think about them is of little consequence.’

‘The Mags are right in that I can’t remember us making the point before for the other clubs. In one of those comments on their article about the banner a Newcastle fan mentioned the recent blocking vote against interested sponsors. We were more than happy to cash in with the new FaceBank investor but are blocking any future moves. This is wholly hypocritical, the move has just been made to slow Newcastle down.’

‘Brilliant banner. By a lovely coincidence, I discussed this very issue with someone I met by chance while having a pre-match pint at the South Norwood craft beer bar. We soon found that we shared the same view on the takeover.

I also liked that a group of friendly Toons were knocking back lagers in said bar. I’ve always found you can josh with them a bit.

No animosity, unlike supporters of some other teams we could mention.’

‘I feel, and have been for a while, like there’s a bit of Pardew in the air here. Yes we’re attacking, and yes we’re scoring, but we’re also conceding. A lot. We’ve had two clean sheets all season and only one win.’

‘I thought we did everything today except get all the points, but it’s hard to stop good strikers and Callum Wilson was always likely to score.’

‘Guehi pulled down the Newcastle defender who was clearly in the perfect position to challenge Benny for the ball. No one can say whether Christian would’ve got his head to the ball cleanly, if the Newcastle player hadn’t been taken out.’

‘Having just watched on TV I feel VAR got it right. Needless foul though, don’t know what he was thinking!’

‘In a few years time, when Newcastle have extended their stands to an 80000 capacity, and are epl champions, if not European champions, we will look on this and say-imagine, Newcastle came to selhurst and were timewasting to get away with a draw-those were the days!’

‘Its just about the last time we play a weak Newcastle.

‘Any team in the top 6 will be worried about all that Saudi money. It will certainly bury any hope of Arsenal getting back into Europe.’

‘Newcastle were poor and we HAVE to be winning games like that, especially at home!’

‘Newcastle are a disgusting football team. I am praying they go down.’

‘What a frustrating game football can be. Newcastle deserved nothing…a 1 in 100 goal assisted by a deflection, how lucky can you be.

Newcastle reminded me of us last season. Palace remind me of (pains me to compare) Brighton early last season. Playing all the football but not finishing our chances.’