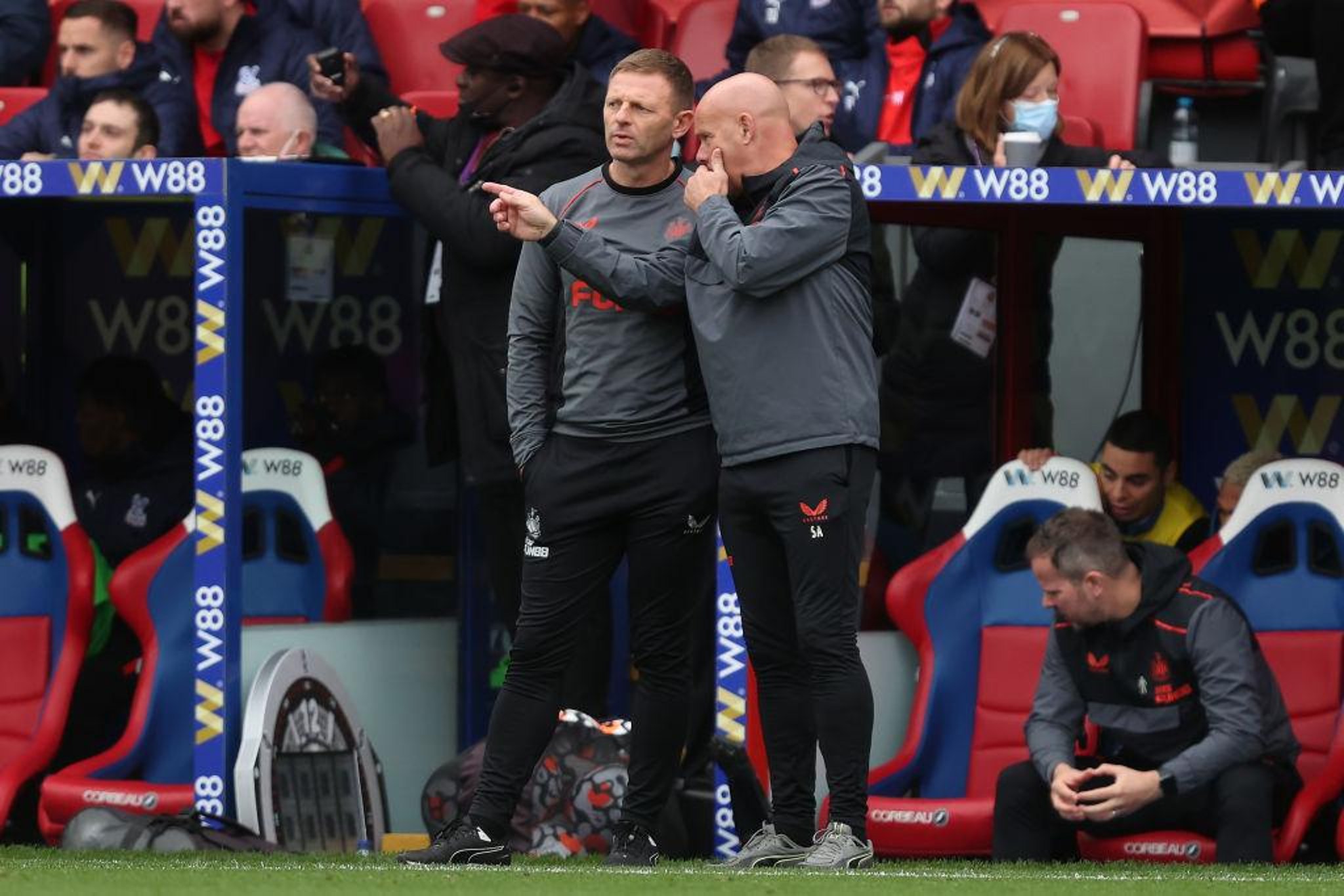 Pre-match, Graeme Jones issued his mission statement as Newcastle United interim manager, laying out exactly what he wants his team to represent: “Hard work, honesty and to make sure you fight for every situation. That represents the north east and the Geordies.”

In tough circumstances following the managerial upheaval this week, Jones led his team out at Selhurst Park yesterday, returning to Tyneside having picked up a point.

But how did his team reflect the mantra he laid down on Friday?

Few of the 2,800 fantastic travelling supporters would have exited Selhurst Park yesterday feeling that their team hadn’t ‘put in a shift’.

Certainly, they would have witnessed a defence that appeared to have structure and solidity drilled into them over the week.

It was clear from the outset that Newcastle had a defensive structure set in a 5-3-2 formation and a plan to force Crystal Palace wide.

For all the hosts’ possession, they rarely cut through the Newcastle defence and because of their efforts at the back, Palace were forced into putting crosses into the area to fashion out opportunities.

A couple of lapses in concentration allowed Benteke, who could and should have left Selhurst Park with more than one goal, opportunities on goal.

Newcastle can ill-afford these lapses to offer Romelu Lukaku those opportunities next week, however, a week on the training pitch should hopefully be enough to build on their hard-work foundations they laid at Selhurst Park.

When the teams were announced, it was a big surprise to see Ryan Fraser selected in the starting line-up.

Although it shouldn’t have been, considering it’s the role he has featured predominantly for Newcastle in, it was also a shock to see him as the left-centre midfielder alongside Sean Longstaff and Isaac Hayden.

Many wondered how this trio would perform and what type of display they would put on, well, just moments into the game, we had the answer when Hayden flew into a 50/50 challenge with Luka Milivojevic.

It was a fiar and honest tackle from the pair and set the tone for Newcastle’s midfield efforts.

Unfortunately, Fraser was unable to stamp his authority on the game, however, defensively, Hayden and Longstaff were fairly solid with both putting in some strong challenges to deny Palace attacks.

Sure, the midfield did not help Newcastle going forward, however, their honest efforts when out of possession, and they were out off possession for just-shy of 75% of the game, meant Palace’s attack was restricted down the middle.

Yesterday once again proved how invaluable Callum Wilson is to this Newcastle squad.

They barely fashioned out a chance during their dogged performance, however, when the ball dropped to their no.9, Wilson finished the chance with aplomb and rescued a point for his side.

There was lots of running from Saint-Maximin, however, like against Spurs, the Frenchman seemed to go missing for large periods.

If whoever is in charge of Newcastle can find a way to get the very best out of both Saint-Maximin and Wilson going forward, then relegation fears will be alleviated.

It’s clear Wilson has desire and will fight to score goals - Newcastle need that if they are to survive this season.