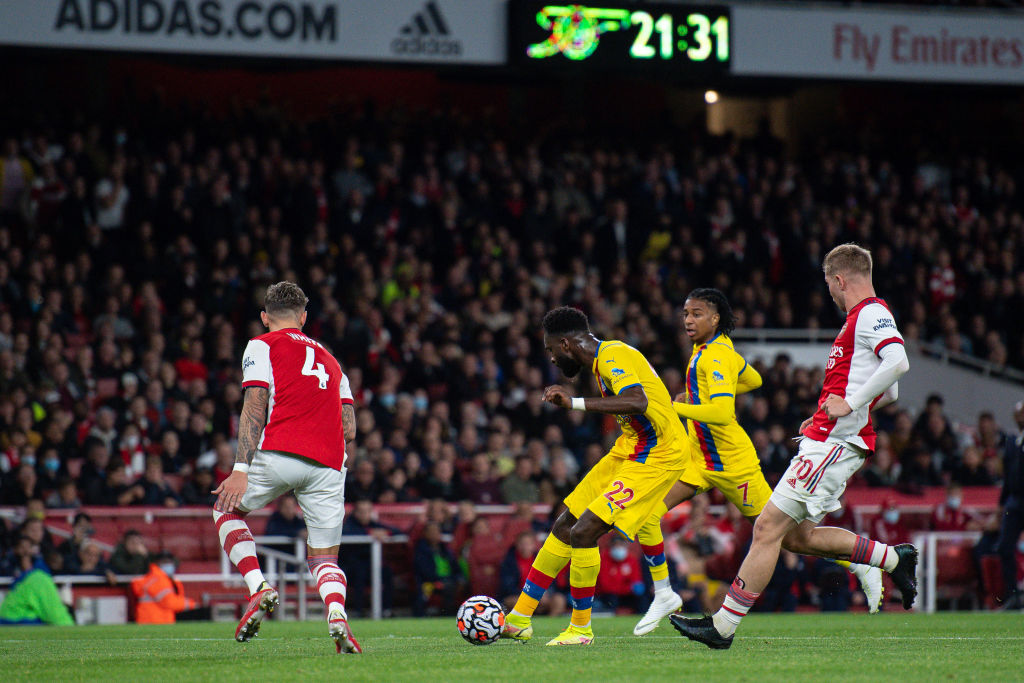 Crystal Palace fans have taken to Twitter to hit back at Jamie Carragher’s comments on Emile Smith Rowe, after Arsenal won 3-1 last night.

Well, after the 21-year-old scored and provided an assist in the 3-1 win, Carragher told Sky Sports: “Sometimes players just pop up & you can’t help but like them – I absolutely love that lad. I always want him to do well. I said in commentary, he’s the best player I’ve seen in the Premier League running with the ball.”

Now, that is quite the claim.

There’s no denying that Smith Rowe is an excellent ball carrier, who prides himself on his dribbling ability.

His goal against the Villans came as a result of his dribbling ability, and desire to carry the ball into dangerous areas.

However, Crystal Palace fans seem to think Ebere Eze is better at running with the ball than the £20,000-a-week Arsenal man.

In fact, one supporter below argued that Eze doesn’t even run, he glides.

Who has the best ball carrier, Crystal Palace or Arsenal?

In our view, Eze is better at running with the ball.

Smith Rowe is a delight to watch, but we feel Eze is more effective when he gets into the final third after embarking on a dribble.

For example, you only need to look at his two goals against Sheffield United last season to see what the £19.5m man is all about.

Eze dribbled from deep inside his own half at both Bramall Lane and Selhurst Park, before slotting the ball beyond Aaron Ramsdale.

If Eze played for Arsenal, and had the likes of Pierre-Emerick Aubameyang around him, his numbers would be even better.

For now, let’s see what the Crystal Palace fans on Twitter have been saying about Carragher’s comments…

In other news, Heartbreaking: £100k-a-week player could be finished at Spurs, lost ball 13 times - our view