‘They aren’t wrong’: Some Newcastle fans discuss what Palace fans did before 1-1 draw
HITC 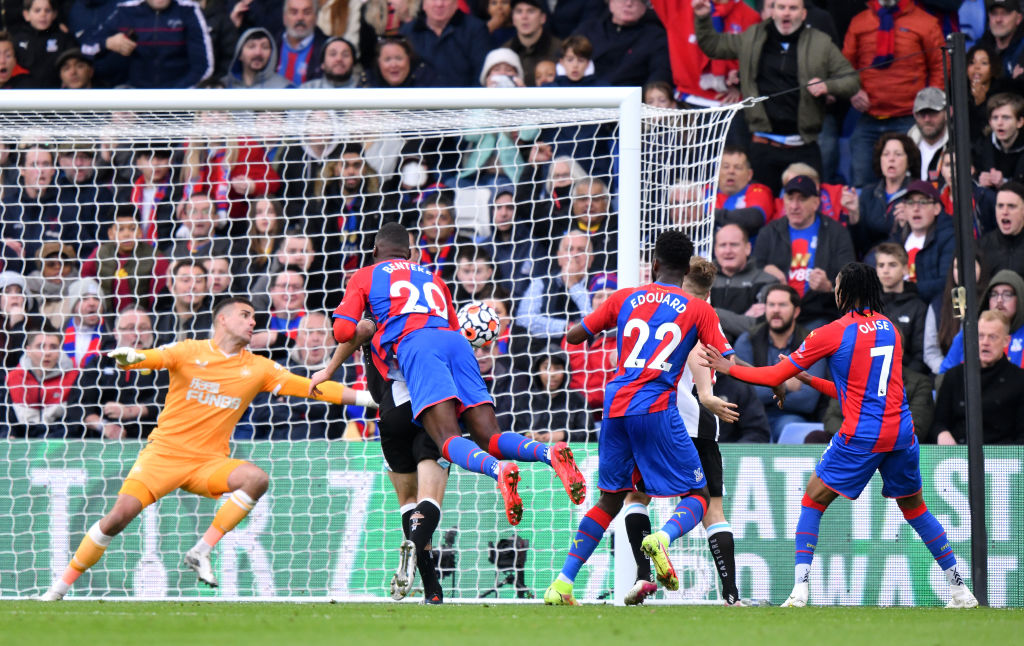 Newcastle fans have taken to Twitter to react after Crystal Palace fans displayed a banner protesting against the club’s new owners.

It comes after the club’s Chairman, Steve Parish, was among the most vocal in a Premier League meeting organised to prevent Newcastle from making lucrative sponsorship deals (The Athletic).

In that meeting, only Manchester City defended the Magpies, so it’s quite evident that the majority of the Premier League aren’t happy.

Supporters clearly do not agree with the takeover either, as the aforementioned banner suggests.

Now, it seems some Newcastle fans have mixed views on the display.

Some reacted badly, while others actually acknowledged where Crystal Palace fans were coming from.

In all honesty, it’s a very messy situation, and one we expect to continue throughout the season as other club’s fans show similar frustration.

Newcastle have plenty of work to do after Crystal Palace draw

If not for Callum Wilson being the prolific marksman that he is, Newcastle would’ve lost at Selhurst Park without a doubt.

The Magpies had just 25% of possession, and could only muster six shots to Crystal Palace’s 14 – it was a shocking display (WhoScored).

Graeme Jones will be in disbelief as to how his side even earned a point.

Amanda Staveley and Mehrdad Ghodoussi were in attendance, and we’re sure they were not too pleased with what they witnessed.

Despite the joy of Steve Bruce and Mike Ashley departing, there is still so much work to be done on Tyneside.

For now, let’s see what the Newcastle fans on Twitter though of Crystal Palace’s banner…

Would #cpfc fans be holding up this banner if PIF bought 80% of their club, and promised to compete for trophies? pic.twitter.com/NkIRLrHtDk

Parish probably payed for it 😂

How many of those that are outraged regularly use products/services from BP, Boeing, Uber, Disney, aramco, Facebook, Citigroup and many more. All have much larger investments by PIF.

They aren't wrong though. I don't like people.blaming our fans for the takeover, but we can't get around the fact that our new owners have done all of those things.

I love the fact that other clubs/fans are wasting so much money to make a point just because they’re jealous. 🤷🏻‍♂️

This is going to be tedious the remainder of the season, isn’t it?

In other news, 'Look at him': Ian Wright shocked by Aston Villa player last night....and not for good reasons