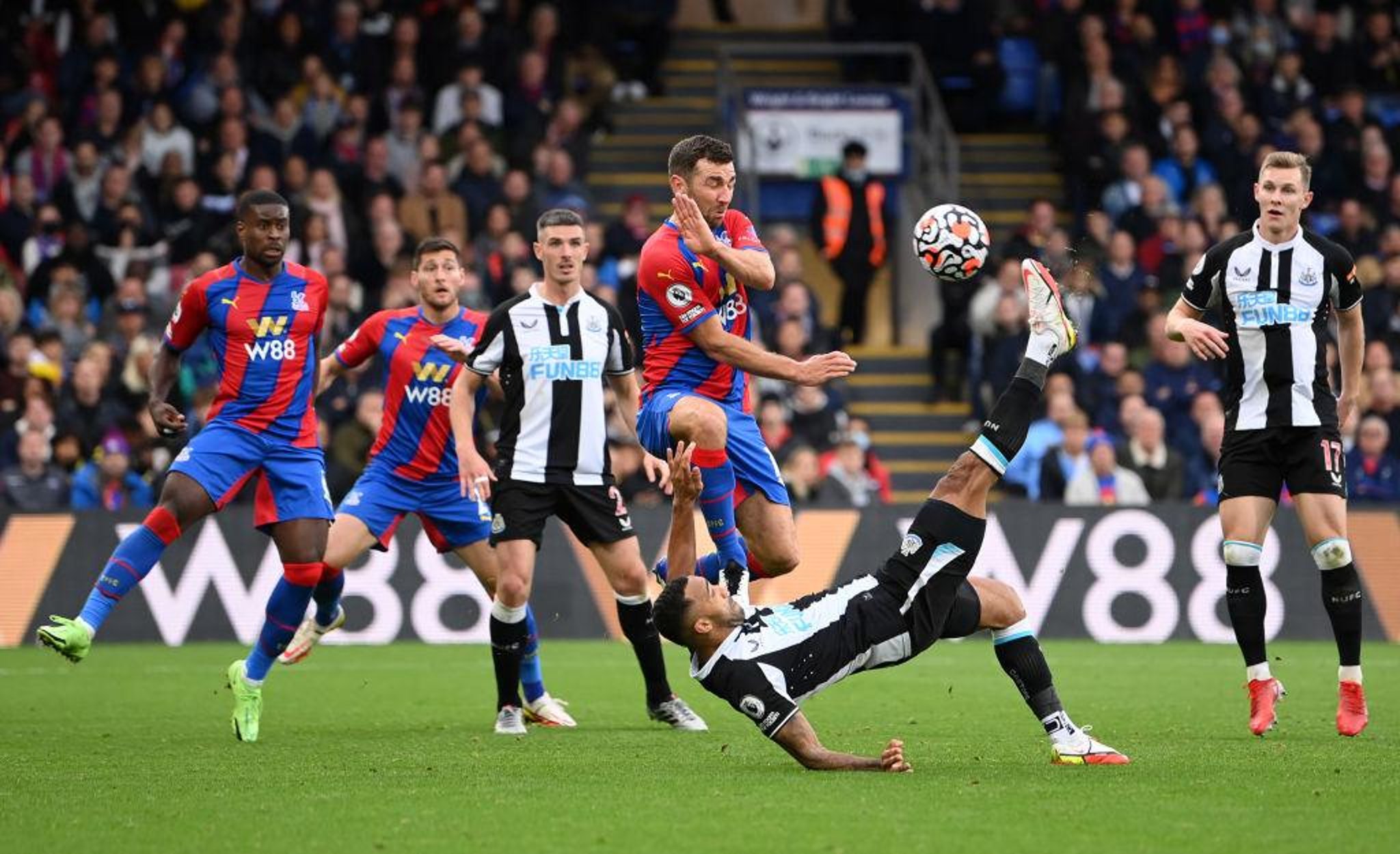 On a day where Christian Benteke could have finished with at least a hat-trick, Newcastle United will travel back to Tyneside with a point that could have easily been zero but for a late VAR that denied their hosts all three-points.

A wonderful overhead kick from Callum Wilson just minutes after the home side opened the scoring was enough to earn Newcastle a point on their travels.

Crystal Palace could very easily have opened the scoring in the first minute when Ciaran Clark’s clearance smashed Benteke in the face and went narrowly over the bar.

A high-tackle from Joachim Andersen on Ryan Fraser gave Newcastle a dangerous free-kick in the 15th minute but Wilson could only see his close-range effort hit the side-netting.

The home side really should have opened the scoring after 20 minutes but Benteke saw his header smash the post before Tyrick Mitchell’s saw his follow-up denied by Karl Darlow.

After some ‘handbags’ between Wilson and Joel Ward, which resulted in a booking apiece for the pair, Palace, through the impressive Conor Gallagher, started to control proceedings with a very vocal home support behind them, however, they couldn’t open the scoring and the sides went into the break level.

Once again, just five minutes into the second period, Benteke came close to opening the scoring for the hosts.

A deep cross from Gallagher found the striker whose acrobatic effort narrowly went over the bar. This seemed to upset the Newcastle defence as moments later a long ball over the top caused chaos with Darlow and Clark colliding before Krafth shepherded the ball away.

This was just a sign of things to come however and Newcastle were eventually punished by Benteke.

Architects of their own downfall, a poor free-kick on half-way gave Palace an opportunity to counter-attack and the Belgian finally made Newcastle pay with a superb downward header past Darlow.

Benteke almost doubled his tally and Palace’s lead when he saw his header hit the woodwork again just after the hour-mark. This time it was the crossbar that spared Newcastle’s blushes.

Remarkably, just moments later and Newcastle were back level following a superb overhead-kick by Wilson.

After some pinball following a Ritchie corner, Wilson somehow found himself with space to try an audacious effort and the ball looped in past Guatia in the Palace goal.

Having seemingly forgot about the threat of Benteke, Newcastle should have been punished again by the Belgian, however, he put a gilt-edged chance into the advertising boards despite being one on one with Darlow.

With just three minutes to go, it appeared that Benteke had snatched a late victory for Palace but the goal was overruled by VAR for a pull by Marc Guehi on Clark in the box.

A point still leaves Newcastle winless and in the bottom three ahead of the visit of Chelsea at St James’s Park on Saturday.