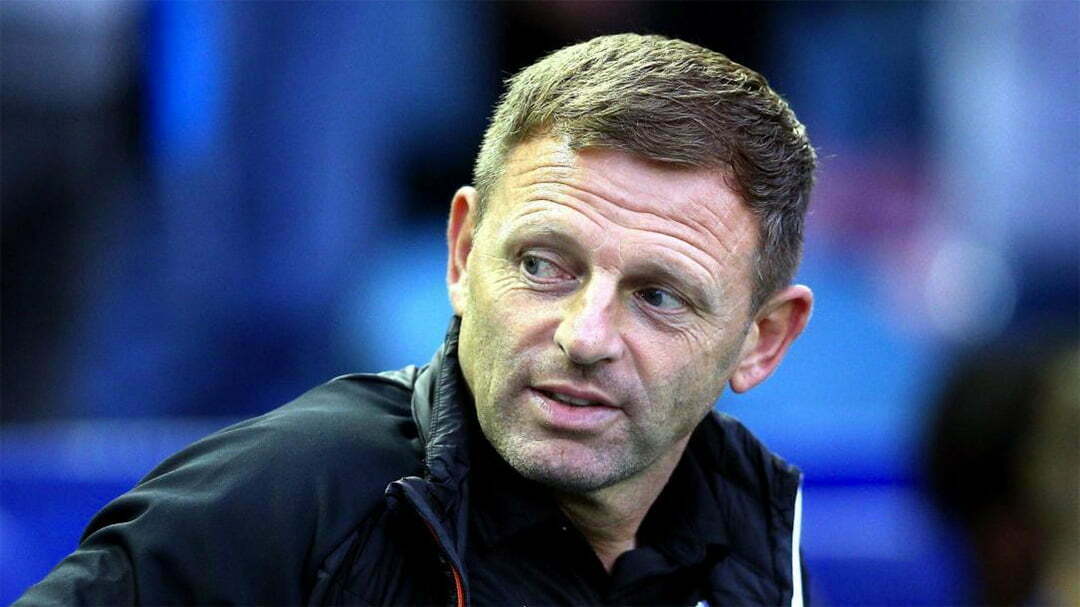 Graeme Jones has taken his first media duties since becoming interim manager of Newcastle United ahead of an outside permanent appointment coming in.

The Gateshead born and bred Geordie coming across very well as he talked intelligently and passionately ahead of the Crystal Palace match.

If the team perform on the pitch on Saturday as well as Graeme Jones did in the media spotlight today, there will be no worries.

Jones revealing that on Wednesday the Newcastle United owners asked him to take charge of this Palace game and Chelsea home next Saturday. Although no doubt it wouldn’t be the biggest surprise if a new permanent appointment ended up announced in between these next two games.

By telling everybody that it is for two games, it helps give some breathing space for the owners. As whatever happens on Saturday, if the media / fans are questioning as to whether anybody is going to come in for whatever reason, they can just point to this public declaration of not expecting anybody appointed until after Chelsea.

Great to hear him talk so passionately from the heart…’My ambition is to do the best I can for my football club….I was a supporter in the Gallowgate through the Keegan era and I know the culture of this football club.’

In practical terms though, Graeme Jones made clear that four players would definitely miss his first game in charge.

The interim NUFC manager saying that as well as the suspended Jonjo Shelvey, Martin Dubravka would also be unavailable, as he has continued to train but he’s still not fully fit and ready to play. Whilst also ruled out are long-term casualty Paul Dummett who at least though this week is back out running, whilst teenage midfielder Elliot Anderson has only been able to train on his own, not with the group.

If / when Graeme Jones is preparing for the Chelsea match however, fingers crossed that by then, potentially he could be looking at a pretty much full squad to choose from.

First things first though and intrigued to see just what the Graeme Jones team selection will be at Palace, with fans set to be comparing and contrasting it with the team selections (and tactics!) we have become used to under Steve Bruce.

Graeme Jones talking to the media ahead of Crystal Palace:

“Initially I was upset to be honest [when Steve Bruce got sacked].

“I had a great working relationship with Steve.

“So, initially with Wednesday, it was difficult, but we all know the speed of football, we had to move and because if you miss a session you’re behind.

“We had to get the boys ready for the game.

“I spoke to the owners on Wednesday morning and they asked me to take the team on an interim basis for the next two games.

“I’m fully focused on preparing the team for those games.

“My ambition is to do the best I can for my football club.

“I was a supporter in the Gallowgate through the Keegan era and I know the culture of this football club.

“My focus isn’t on anything other than doing the best I can and making sure everyone else does the best they can in the short and long term to get results.

“I am motivated more than anywhere I’ve been.

“I know the culture of this club and I’m focused on doing the best I can.”

Graeme Jones on what is needed to manage Newcastle United:

“If you think about the area, all anyone wants is hard work, honesty and to make sure you fight for every situation. That represents the North East and the Geordies.

“Any manager that comes in – that’d be a great starting place.”

“Every single player, 20 players plus goalkeepers, will have had the same experience tactically both on and off the ball. Whatever side I decide to go with – they will all be ready.

“They will all know their jobs.

“That’s what my focus has been.”

“Martin Dubravka has trained but it’s too early for him.

“Paul Dummett is back out running and Elliot Anderson trained individually, so we’re almost at the stage of having a full quota to choose from.”