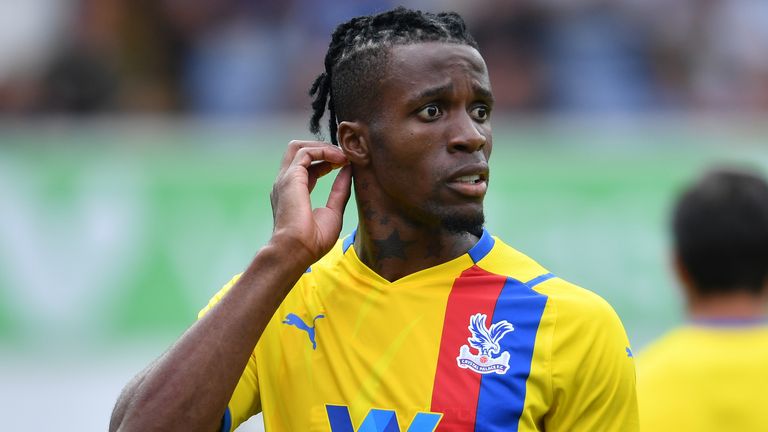 Team news, stats and prediction ahead of Crystal Palace vs Newcastle in the Premier League on Saturday; kick-off 3pm.

Wilfried Zaha will return for Crystal Palace when they host Newcastle in the Premier League on Saturday.

The Ivory Coast international missed Monday's 2-2 draw at Arsenal with illness, but was back in training on Wednesday and is set to start against the Magpies.

Ebere Eze and Nathan Ferguson (both Achilles) remain absent. The former has stepped up his recovery but manager Patrick Vieira believes the playmaker is still a "couple of weeks away" from being in contention having been out since May.

Newcastle interim boss Graeme Jones will be without midfielder Jonjo Shelvey through suspension following his dismissal against Tottenham, which proved the last game in charge for head coach Steve Bruce.

Goalkeeper Martin Dubravka has stepped up his recovery from a foot problem and returned to training this week, but remains short of full fitness.

Defender Paul Dummett has also been able to do some on-pitch training following his lay-off with a calf injury, while midfielder Elliot Anderson (hip) is also continuing his own individual rehabilitation.

Follow Chelsea vs Norwich in our dedicated live match blog. Highlights will also be published on the Sky Sports digital platforms and the Sky Sports Football YouTube channel from 5.15pm on Saturday.

FREE TO WATCH: Highlights from Arsenal's draw with Crystal Palace

FREE TO WATCH: Highlights from Tottenham's win over Newcastle