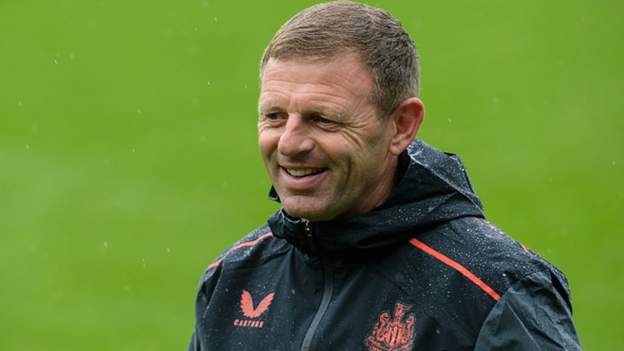 Crystal Palace will assess talisman Wilfried Zaha, who missed the trip to Arsenal because of illness.

Newcastle United's interim head coach Graeme Jones will provide an update on the fitness of his players later on Friday.

Jonjo Shelvey will serve a one-match ban following his sending off against Tottenham last weekend.

Graeme Jones will be in charge of Newcastle following Steve Bruce's departure, and this is a free hit for him because he's not really in the running to take the job permanently.

Callum Wilson is back fit for Newcastle, and you saw the difference he makes to their attack with his early goal against Tottenham.

I'd be more worried about the Magpies at the other end though, even if Wilfried Zaha is not well enough to play for Palace.

Palace have not quite managed to turn some good performances into wins yet under Patrick Vieira - Monday's draw with Arsenal was another example of that, because they should have won - but they are progressing nicely.

Choose your Newcastle United starting formation and line-up. It's up to you how to approach it - you could go for the team you WANT the boss to pick or the one you THINK he will.