‘We have to’: Mikel Arteta explains lesson Arsenal must learn from Monday night issues
HITC 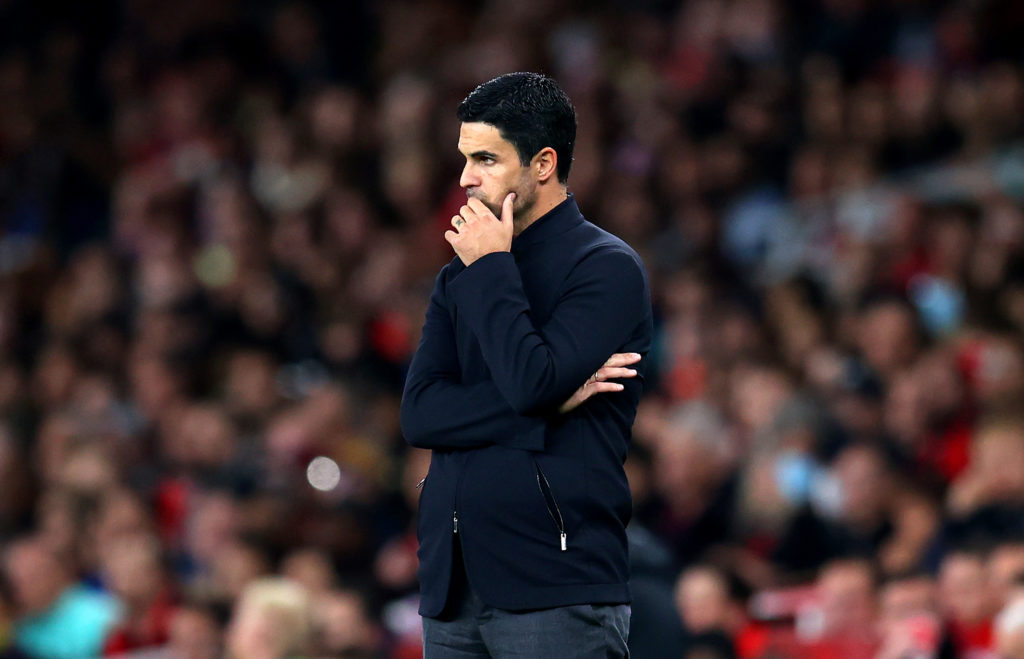 Mikel Arteta says Arsenal need to deliver sustained pressure for longer and must push for a second goal after playing with the handbrake on against Crystal Palace, via football.london.

The Gunners started brightly at home to the Eagles on Monday night, with Pierre-Emerick Aubameyang scoring after eight-minutes. But Arsenal allowed Patrick Vieira’s side back into the game later on, with Christian Benteke equalising before Odsonne Edouard scored.

Crystal Palace found the back of the net after mistakes from Arsenal midfield duo Thomas Partey and Albert Sambi Lokonga. The Selhurst Park natives took their performance up a gear after the break. While Arsenal had taken their foot off the throttle after going ahead.

Vieira seemed set to mark his return to north London by taking all three-points away from his former club. The Eagles came within seconds of victory, but their defence failed to clear a late corner and Alexandre Lacazette turned home in the fifth-minute of stoppage-time.

Arteta admits Arsenal must learn their lessons from the 2-2 draw with Crystal Palace, as the Gunners had started brightly. Noting that his side cannot ease off in matches like they did on Monday, and must maintain pressure for longer.

“After scoring the goal and after hitting the level of performance that we’re hitting again, after the first part of the game just make sure that we go for the second ball,” Arteta said.

“We continue to play with the same fluidity and the same intention that we’re going to start to defend something that we have earned. Because the game is really long, and we have to do that for longer periods of the game.”

Arsenal to put Arteta plans into action on Friday?

Luckily for Arteta, Arsenal do not have long to wait to try and put the Crystal Palace draw behind them. The north Londoners return to action on Friday against Aston Villa, and can put the Spaniard’s claims into immediate action.

Arteta will surely want to see a positive response from Arsenal against Dean Smith’s men at the Emirates Stadium. The Gunners have lost each of their three Premier League meetings with the Birmingham side under their former midfielder.

Additionally, Arsenal are yet to score against Aston Villa since Arteta replaced Unai Emery at the helm in December 2019. Losing 1-0, 3-0 and 1-0, with their heaviest defeat coming at home in November 2020 through a Bukayo Saka own goal and an Ollie Watkins double.

In other news, 'Future manager': Spurs fans react to what Ryan Mason has put on Instagram