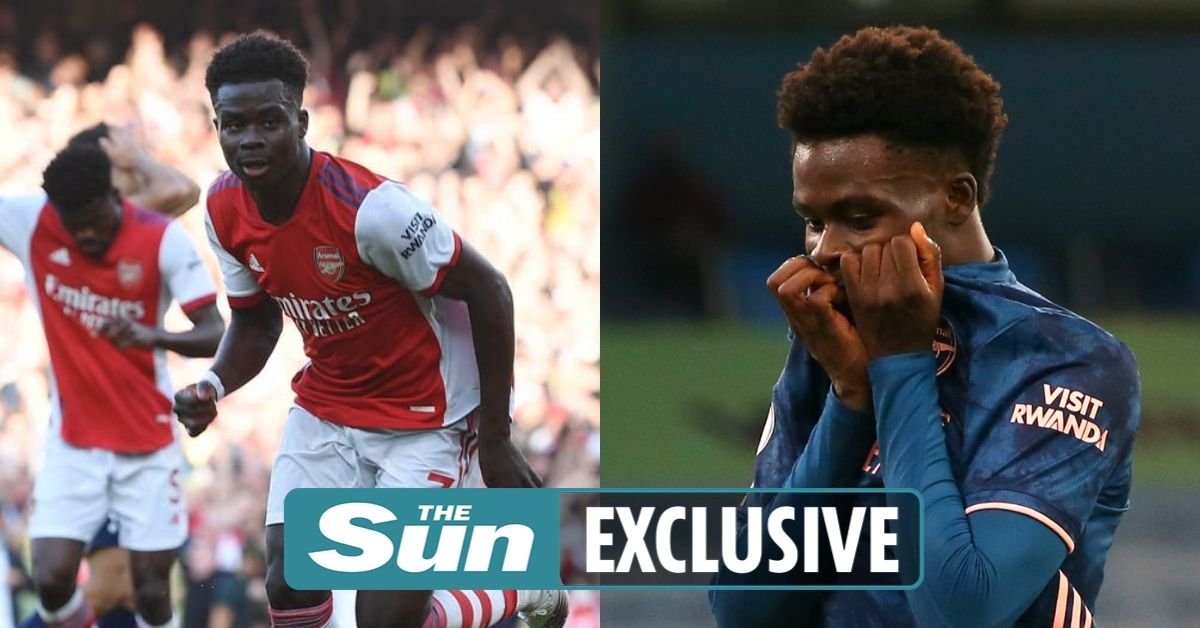 BUKAYO SAKA has been cleared to play for Arsenal against Aston Villa on Friday after limping off during Monday’s 2-2 draw with Crystal Palace.

The England star, 20, was unable to continue beyond half-time after being booted on the back of his right leg by Eagles midfielder James McArthur.

Bukayo Saka should be fit to play Aston Villa this weekend despite fears he'd be out until next month following James McArthur's horror kickCredit: Sky Sports

Saka was left writhing in agony after being kicked in the back of the leg by McArthurCredit: Getty

Gunners boss Mikel Arteta was furious with the reckless challenge and insisted McArthur should have received a straight red card.

But referee Mike Dean decided the foul only merited a booking after the incident had been reviewed by VAR man Peter Bankes.

Arsenal initially feared Saka had suffered a serious injury which could rule him out of action until after next month’s international break.

But after treatment to his calf muscle and an assessment by the Arsenal medical team, he has been cleared to return to training.

And now Arteta is expected to select Saka in his starting line-up for the crucial home game against Villa.

The news comes as a major relief to the Spanish boss - who was furious after the draw with Palace, despite Alexandre Lacazette's last-gasp leveller.

Arteta raged to Sky Sports: "If we want to detect things that are really relevant in a game and can change a football match, then they have to be looked at.

"That situation is not only affecting them, but we have to take the player off because of the action so it is affecting it two different ways. It is not right.

"You [need to] make a straight decision, when it is so clear and so obvious straight away and they have to play with ten men.

"Bukayo could not continue, we had to take him off at half-time, I saw the action and I can't believe how the player continued on the pitch.

"I don't get it. With what we were explained at the start of the season and what happened tonight, it doesn't make any sense."

Crystal Palace boss Patrick Vieira, on the other hand, channeled his inner-Arsene Wenger by simply saying: "I'm sorry, I didn't see it."