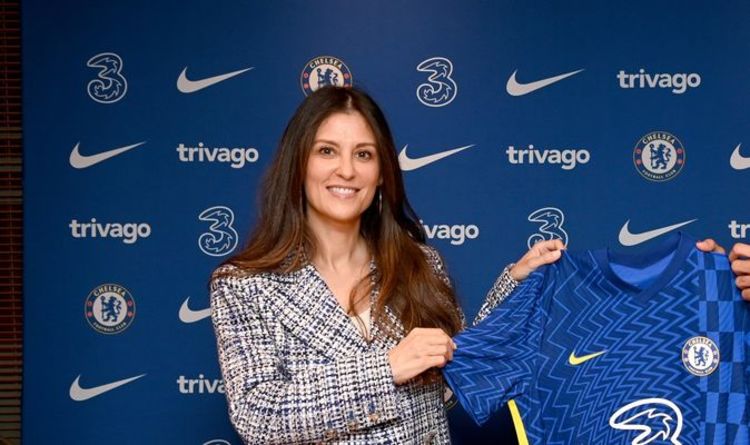 Conor Gallagher has shown just how valuable he can be to Crystal Palace this season after impressing in the first months of his loan spell. But to his parent club Chelsea and more specifically, Marina Granvoskaia, the youngster could be worth a whole lot more if he continues his meteoric rise.

The 21-year-old has been one of the stars of the Eagles’ encouraging start to the season under new boss Patrick Vieira.

The midfielder has already scored twice and registered two assists from a central midfield position.

The England Under-21 international has proved a hit with the club’s fans after his stellar outings for the south London outfit.

He was one of the standout performers as Palace took home a 2-2 draw against Arsenal on Monday evening, with Patrick Vieira singling out his performance.

“I think he did good work. With the goals we scored we were aggressive in midfield, he told Sky Sports.

"Conor is brave, he wants to learn. He’s got a big heart and want to improve every day.”

And it has led to suggestions that Gallagher could find himself at a crossroads after his recent rise.

He is set to return to Chelsea at the end of the 2021-22 season as there is no permanent option included in his loan contract.

But the Englishman may push for a move after settling quickly at Selhurst Park if he continues to play regularly.

He has been with the Blues since he was eight years old but is yet to make his debut for the club.

In Gallagher’s favoured position there is hot competition for places, with the likes of Jorginho, Mateo Kovacic, N’Golo Kante and Saul Niguez all competing for the two spots in Thomas Tuchel’s 3-4-3 formation.

That does not include Ruben Loftus-Cheek or Ross Barkley, both of whom have been battling to break into the first-team under the German.

Billy Gilmour headed out on loan to Norwich City in search of regular first-team football and it is likely the Scotland international will be ahead of Gallagher in the pecking order when they both return.

Given his current level of performance for Palace, it would appear likely that Vieira’s men would pursue a permanent deal next summer.

And that could work perfectly for Chelsea director Granvoskaia, who handles the club’s transfer and contract negotiations.

With Gallagher only likely to improve and perhaps in the frame for an England call-up, the midfielder’s value is only going to increase with more game time.

That could be crucial if Chelsea decide to cash in on their star youngster and take up the option to sign Saul, who can seal a permanent £34m switch at the end of his loan spell.

But with Gallagher’s performances proving he can cut it in the top flight, Granvoskaia may be wise to wait until the end of the season before entering discussions over his long-term future.