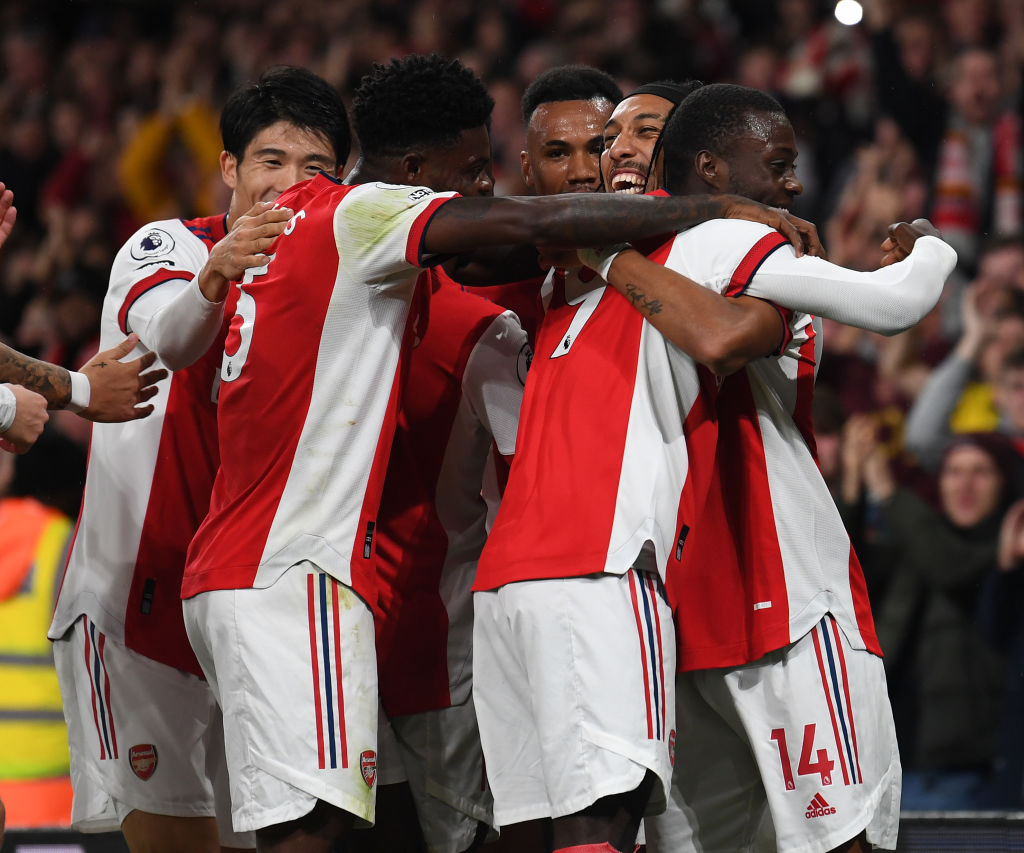 Jamie Carragher praised Pierre-Emerick Aubameyang for the commitment he showed during Arsenal’s 2-2 draw against Crystal Palace on Monday night, as he told MNF on Sky Sports.

It was Aubameyang who opened the scoring for Arsenal, but it was his workrrate off the ball, which Carragher admitted he has ‘questioned’ before, that stood out for him.

Patrick Vieira’s Palace did hit back and go 2-1 ahead after Aubameyang’s poacher-like goal, but right at the death, Alexandre Lacazette, showed cat-like instincts inside the penalty area to secure a point for his team.

On one hand, the Gunners would have been impressed that they continued to fight all the way for the point, but on the other, they will question how they let a Wilfried Zaha-less Palace side dominate them in their own back yard.

Either way, this is what Carragher had to say about Aubameyang, who has come under the spotlight before, in regards to how hard he works off the ball.

“I think Aubameyang has been brilliant (v Palace),” said Carragher. “Listen, I have questioned Aubameyang about how committed he was to Arsenal on different times.

“This was early in the game, you talk about pressing, that has been the theme of the show, in terms of talking about Newcastle and Manchester United.

“Are they giving everything? Are they going after people? Are they getting on top of people? Look at Aubameyang. He isn’t just running. He is running at full pace.”

There will be critics who will still question where Arsenal are heading and whether this process under Mikel Arteta should be trusted.

On one hand, they showcase the fight, the resilience and the ability to score goals.

But then, they get outrun, outworked with the ball, tactically outwitted by teams they should be beating.

Palace were without Zaha on Monday, yet their London rivals were dominant in their play, and probably from the two, deserved the three points.

The next stop is another home time, this time against Aston Villa, who beat them home and away last season, with a certain Emiliano Martinez returning to the Emirates.