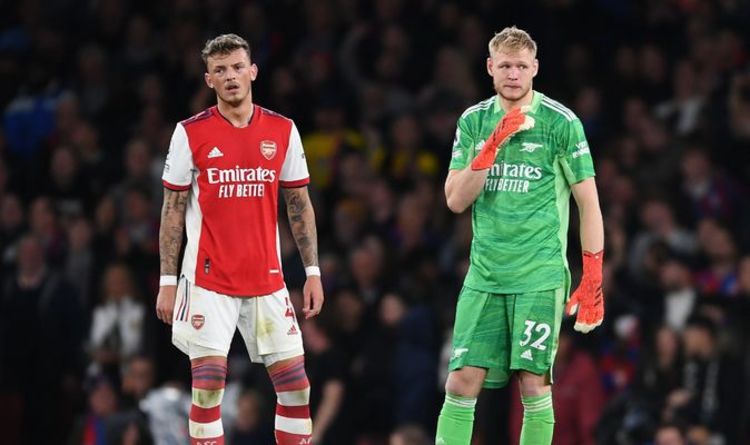 A draw against Crystal Palace may have stretched Arsenal’s unbeaten run to six games in all competitions, but boss Mikel Arteta will have plenty of concerns. Chief among them is the performance of his first-choice centre-back pairing.

Ben White was signed from Brighton for £50million in the summer transfer window, following the £27m addition of Gabriel in September 2020.

Despite that hefty outlay though, the duo were left badly exposed by Palace’s trio of strikers, Christian Benteke, Odsonne Edouard and Jordan Ayew.

Pierre-Emerick Aubameyang had put them ahead, but Ayew robbed Thomas Partey of the ball before Benteke drilled in an equaliser.

Gabriel had allowed Benteke to carry the ball into the Gunners box before cutting inside and putting the ball beyond Ramsdale.

13 minutes later, White also allowed Edouard to drive forward before he fired in to put Palace ahead.

Their indecision and passiveness in the face of the Palace attackers was heavily criticised by former Manchester United defender Gary Neville.

“I think Gabriel on the first goal and Ben White on the second have got to do better. You’ve got to stop Benteke coming on his right foot. So many times you see defenders do this,” he told Sky Sports.