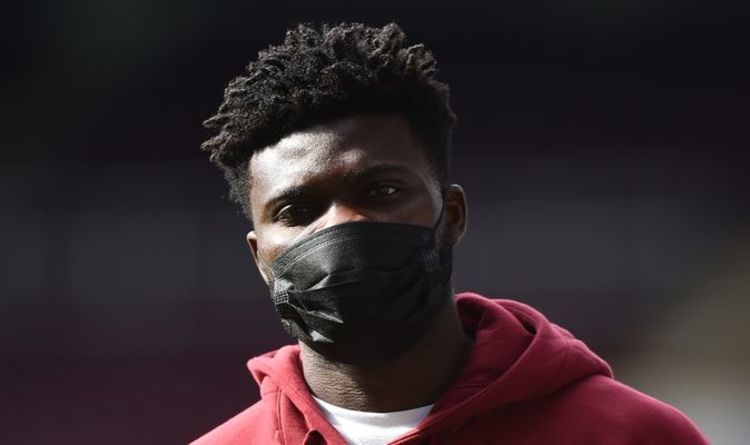 Arsenal boss Mikel Arteta was reportedly angered by Thomas Partey after a social media post prior to the Gunners’ 2-2 draw with Crystal Palace appeared to give away tactical instructions. Arteta’s side were poor against the South Londoners and were fortunate to come away with a point.

Alexandre Lacazette scored in the fifth minute of added time to earn Arsenal a draw.

Goals by Christian Benteke and Odsonne Edouard had put Palace ahead following Pierre-Emerick Aubameyang’s opener. It was Patrick Vieira’s first visit to former club Arsenal as a manager.

But former Gunners hero Vieira might have had a good idea of how Arteta’s side were going to play in the days before the match.

The Arsenal boss is understood to have been ‘annoyed’ with a social media post by midfielder Partey.

According to Spanish outlet AS, the Ghanaian suggested he would be starting in the match against the Eagles on his social media accounts, going against his manager’s preference for keeping such information confidential.

Each Premier League club makes their first XI and substitutes public an hour before kick-off.

The post appears to have since been deleted but Partey did start in midfield alongside Martin Odegaard and Emile Smith Rowe.

A poor performance by Partey led to a slight criticism of his player by Arteta after the game, too.

“It’s something that we are practising with him to determine and to decide the areas where we are more likely to score the goals and where we’re not.

“He has the capacity to do that because he’s done it throughout his career. He is trying and he needs to keep trying but in the right areas.”

Partey played in a midfield which lacked in-form star Granit Xhaka. Arteta feels that his side might have lacked composure on the ball on the absence of the Swiss.

“We know the importance of Granit and what he brings to the team. The maturity, the rhythm of the game, the consistency of the squad and the balance.

“He’s not available and he’s not going to be available for a few months. We know that. I totally believe in the other players that we have. It’s not about him.

“Today it was more of a collective issue with the lack of the composure we had to on the ball in that half period where we suffered and obviously the areas where we lost the ball today to give two goals away.”