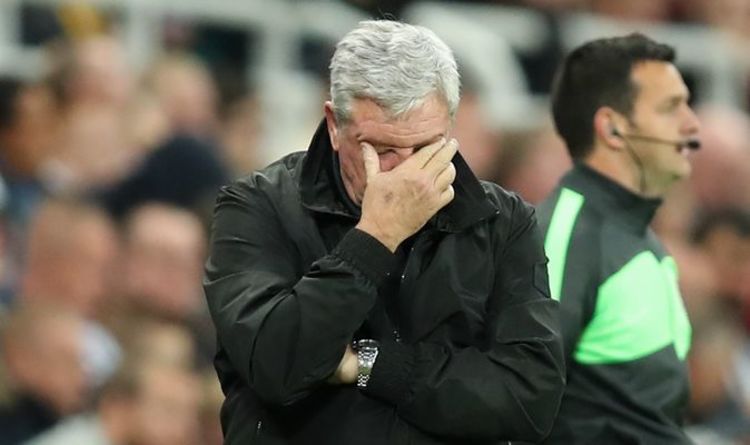 Newcastle's new owners have reportedly narrowed down their new manager shortlist to three candidates as boss Steve Bruce faces a brutal exit. The Magpies manager's future has been uncertain ever since the incredible £305million takeover of the club earlier this month.

Bruce was expected to be sacked in the days after the controversial purchase. A consortium fronted by Amanda Staveley and 80 per cent backed by the Public Investment Fund of Saudi Arabia have bought the club from the unpopular former owner Mike Ashley.

However, Bruce remained in charge and led the team for Sunday's Premier League clash with Tottenham.

A 3-2 defeat does not appear to have enamoured his new bosses, though. Newcastle went ahead inside three minutes but trailed 3-1 by half-time.

A late Eric Dier own goal did not prompt a comeback.

Speculation over Bruce's future has once again intensified following a difficult few days. The 60-year-old last week hit out at the media over their reporting of his job security but potential successors keep surfacing.

Newcastle boss Steve Bruce could reportedly face the sack in the near future (Image: GETTY)

Staveley, who holds a 10 per cent share in the club alongside Jamie Reuben, has now reportedly narrowed down a three-man shortlist for the job with Bruce expected to soon be dismissed.

According to 90min, Lucien Favre, Eddie Howe and Paulo Fonseca will all be considered if Newcastle part ways with their current boss.

The 63-year-old pulled a U-turn at the last minute and Palace went on to appoint Patrick Vieira. The Arsenal icon has had an impressive start to life at Selhurst Park.

Howe has not had a job since mutually agreeing to leave Bournemouth following their relegation in the summer of 2020. The 43-year-old had guided the Cherries from League Two to the top-flight.

Meanwhile, Bruce has said that he will continue in his role until he is told otherwise.

"I'll wait until they see fit,” the former Manchester United defender said about his future.

"We'll see what they have got to say. You're going to have to ask somebody else that."

Asked about his side’s performance against Spurs, Bruce said: “We were beaten by the better team after a wonderful start.

"Problems that we've had for a while now defensively were there for all to see, unfortunately.

"We've started a few games like that, we've got off to a good start and scored, got our noses in front, unfortunately, we're not able to defend well enough as a team."