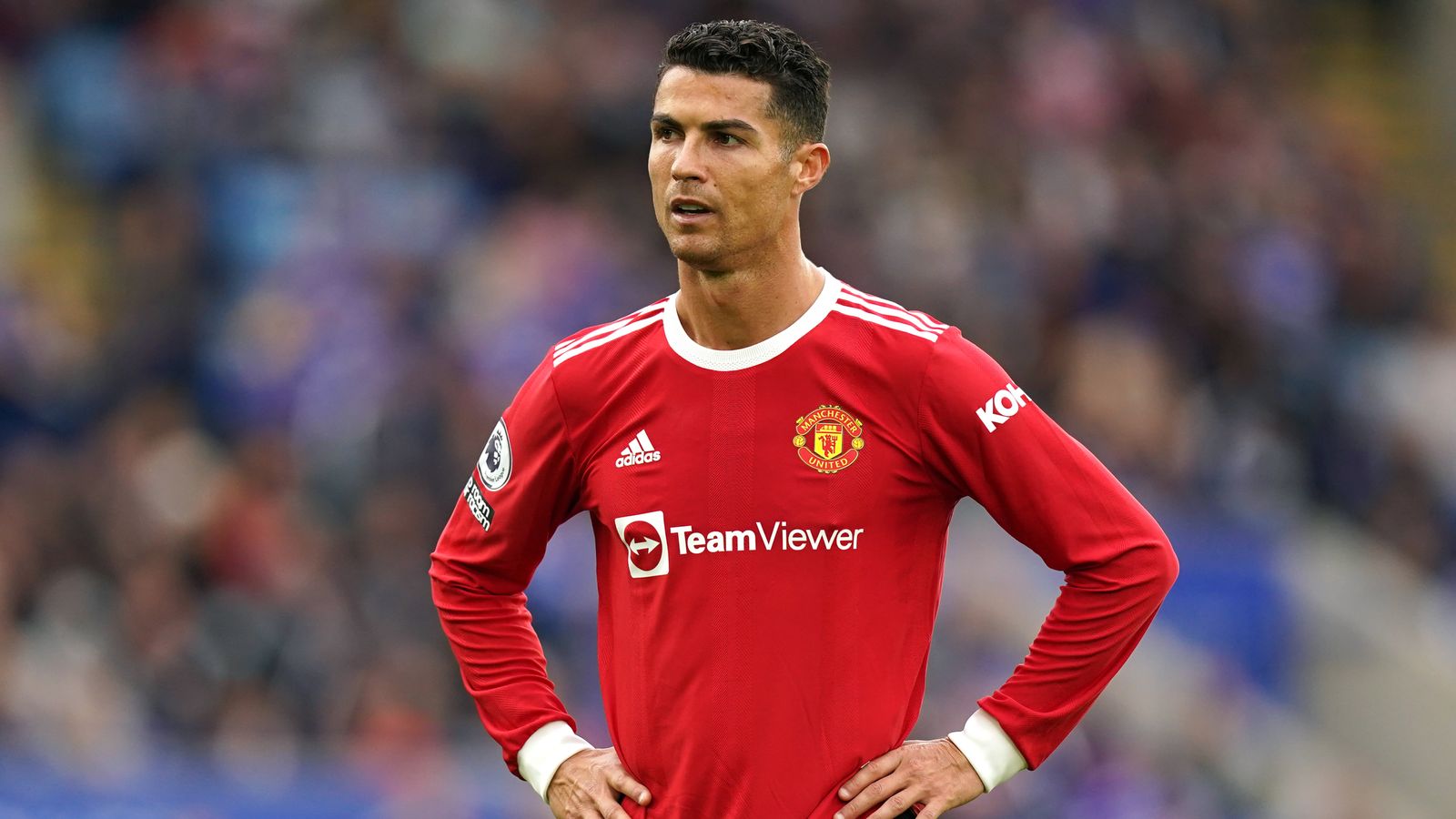 United's 29-game unbeaten run away from home in the Premier League was brought to a crashing halt at Leicester, with the Foxes coming from behind to win 4-2 at the King Power Stadium.

Solskjaer's side are winless in their last three league games, with pressure further growing on the manager after an expensive summer of incomings. In his latest column, Merson has questioned whether the United boss truly wanted to bring Ronaldo back to the club...

Man Utd are a team of individuals

The Guardian's Jamie Jackson says there is major reason for concern at Manchester United and feels Ole Gunnar Solskjaer's side look like they have gone backwards despite strengthening in the summer transfer window.

Manchester United just aren't a team, I'm afraid. They are a lorryload of individuals who all play their own game as and when it suits them.

The determining factor between the top players in the world and the rest is not whether they can play, but whether they can put in a shift at the same time. This current Manchester United don't seem willing or able to close teams down together as a unit.

Manchester United do not work as a team. I don't care if you've got the 11 best individuals you've ever seen in your life, you will not win anything without a plan.

At the end of the day it all boils down to the manager. Ole Gunnar Solskjaer clearly doesn't know his best team, that is worrying. There have been tactical inconsistencies; United started with two holding midfield players at Old Trafford against Aston Villa who, no disrespect, are a mid-table team.

Then they go to Leicester, a team who aren't doing great but will certainly give them a hard game, and Solskjaer plays Nemanja Matic, who cannot get around, and Paul Pogba, who is not a central midfielder.

In attack there is no visible pattern of play, no consistent methods of attack, like the kind we see at Liverpool and Manchester City in abundance. Whenever United do score a goal it's almost as if they stumble across it, you're left wondering where it came from.

Cristiano Ronaldo doesn't do anything up front, he just stands still because he cannot go past people anymore. United's forward players are petrified, they just give Ronaldo the ball in hope more than expectation.

To get the best out of Ronaldo he's got to be given a completely free role, in the hole and then have the likes of Marcus Rashford or Mason Greenwood opening up the game ahead of him to give him the space he needs on the ball. But if you play him up front you have to accept that he is not going to run beyond.

I wouldn't blame Ronaldo, it's the manager's responsibility to adopt a system that gets him into the game. Ronaldo is the best in the business over five yards, he makes great runs, he's just not getting the service. Jadon Sancho doesn't cross the ball, Greenwood wants to come inside and shoot, Bruno Fernandes and Paul Pogba want to spray it around in the middle, and Ronaldo just isn't getting the ball in the areas where he can hurt teams.

Did Solskjaer even want Ronaldo?

Manchester United have brought all these players in and you're left scratching your head as to where Solskjaer fits them all in.

To this day I still don't get the Ronaldo signing. Hand on heart, would Manchester United have gone and got him if Manchester City weren't linked? Was Ronaldo even going to City, or was he just playing them to get back to United?

I'm not 100 per cent sure Solskjaer wanted Ronaldo there, I may be wrong, but his decision to leave him out against Everton told me all I needed to know.

I think he saw it as a good opportunity to beat a team without Ronaldo and then carry on from there, but they didn't, and everybody went mad. But would they have beaten Everton with Ronaldo in the team?

Solskjaer battling to save himself

Jamie Carragher and Gary Neville debate whether Ole Gunnar Solskjaer is in immediate danger of losing his job, but also whether winning a cup is enough to keep him in position for the long-term

Solskjaer needs to start winning games because his job is on the line.

As Jamie Carragher rightly points out, almost every player at Manchester United cost over £50m. That tells you everything you need to know. It should no longer be the case that United are not ready to push on yet, all the ingredients are there.

Manchester United are already a million miles behind in terms of results and performances, and there's only eight games gone.

They are falling behind it seems with each passing game and, if a decision is to be made, it would surely be better to make it sooner rather than later.

Patrick Vieira was full of praise for how his side played against Arsenal and felt Crystal Palace should have won the match, but admits they need to learn from the setback

Crystal Palace were outstanding on Monday night; I'm really enjoying watching them play this season under Patrick Vieira. They are playing with energy, with pace, and they are having a go at whoever they face

They were bang unlucky at the Emirates, they went a goal behind and had to dig in, in the first 20 minutes, Arsenal were buoyant. But after they steadied the ship, they were outstanding.

I thought a little bit of inexperience cost them the victory; Vieira's substitutions just invited pressure from Arsenal as there was no threat the other way.

Odsonne Edouard and Christian Benteke did very well but if Wilfried Zaha was playing, Palace would have utilised his pace and got Arsenal worrying about defending, and they would have seen out those last 15 minutes and won the game.

FREE TO WATCH: Highlights from Arsenal's draw with Crystal Palace in the Premier League

Arsenal seem to fade in every game they play in the second half. Because they have a young core of players, I don't think Arsenal have the ability yet to manage games on the field. They need to sort out their second-half performances, but you cannot ignore the positive that Arsenal didn't lose the game.

The dug in at Brighton and got a point, they dug in against Palace and got a point, points mount up and at the end of the season that could be the difference between finishing sixth or seventh. Arsenal are digging it at the moment but you just fear they are a couple of injuries away from struggling again.

If you're a professional footballer playing the game at the top level, just look at Jamie Vardy. He's 35-year-old, he's played for England, he's won the Premier League, the FA Cup and yet he still works his socks off as hard as anybody else. That tells you everything.

Just watch him, he's infectious and an example to players across the division. His runs, his pace when he makes runs, he doesn't give anybody a second's rest. I cannot speak highly enough of him.

He's had an incredible journey but he still plays the game as if he's playing at Halifax Town, like an 18-year-old with that hunger to keep on getting better. We talk about teams not working hard off the ball but if Vardy can do it at his age, there's no excuse for anyone else.