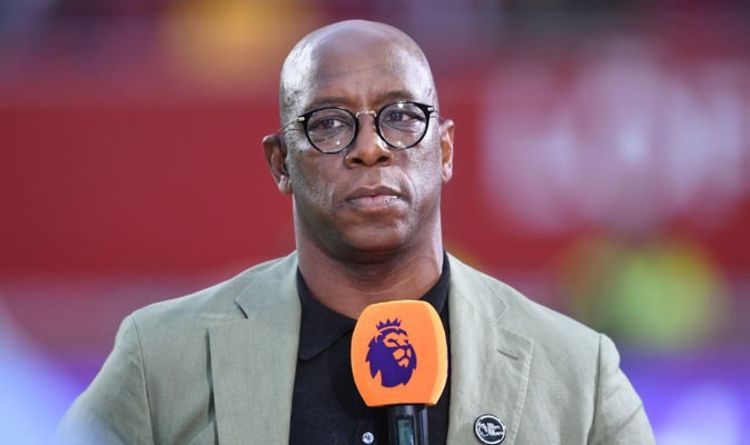 Arsenal legend Ian Wright singled out both Ben White and Nicolas Pepe for criticism after the Gunners struggled to a 2-2 draw against Crystal Palace on Monday night. There were not many positives for Mikel Arteta to take, aside from the link-up between Alexandre Lacazette and Pierre-Emerick Aubameyang towards the end, as the poor result halts the momentum of Arsenal’s journey up the table.

It looked like the Gunners were heading towards another narrow victory when Aubameyang’s goal remained the difference by half time.

A 25 minute double by Christian Benteke and Odsonne Edouard stunned the Emirates crowd, however, until a last-gasp finish by Lacazette salvaged a draw.

It prompted a strange mixture of emotions from the home side who had rescued a point with virtually the last kick of the game, but still left their fans disappointed on the whole.

Once the dust settled, the elation seemed to turn back to disappointment and Wright had his own say on his former side’s struggles after the final whistle.

“I think it’s a little bit of a worry for Arsenal because when you look at both goals, we’re not getting defenders to go and engage,” he said.

“He’s [White] got to get closer to him [Edouard] and he doesn’t do it. They’ve done brilliantly to score the goal.

“At no stage does Ben White close that gap. People can say what they want, maybe the goalkeeper or whatever… at no stage does that gap get smaller so why wouldn’t you shoot?

“[Nicolas] Pepe was very disappointing again and once they scored, Arsenal did not take it to Palace.

Ben White has not made the most convincing start to his Arsenal career (Image: GETTY)

Pepe was not to blame for the Eagles’ goals, but rather for Arsenal’s ineffectiveness going the other way.

Signed for a colossal £72million back in 2019, Gunners fans would unanimously admit that he has not yet lived up to that price-tag and Monday night was no different.

Arteta’s undefeated streak continues, but he is by no means out of the woods after another concerning performance.

The Spaniard is now tasked with picking both White and Pepe up, dusting them down and preparing to go again to avoid slipping into the kind of torrid form which characterised the very start of this season.