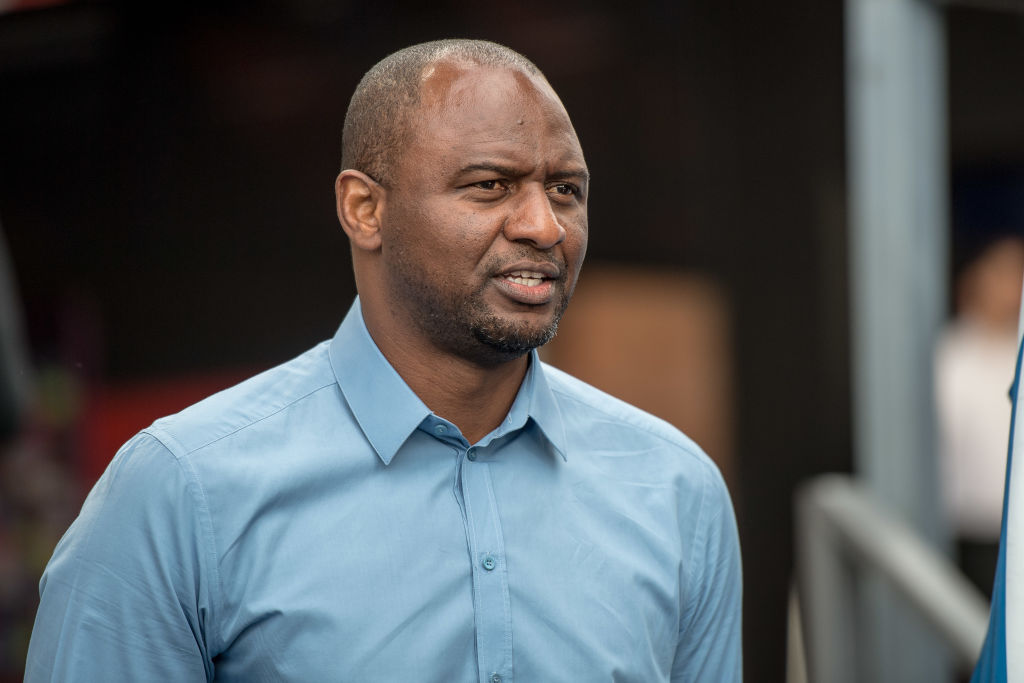 Patrick Vieira said he had to change his tactical system to stop Kieran Tierney during Crystal Palace’s 2-2 Premier League draw away at Arsenal on Monday night, while speaking to the Eagles’ website.

Of all the successes Vieira has enjoyed since taking charge at Selhurst Park – transforming the style of play, integrating a hatful of new players – getting Palace to tick without their time-honoured talisman is perhaps the best of the lot.

While they would not add to that tally at the Emirates – Alexandre Lacazette’s last-gasp equaliser put pay to that – a confident, threatening performance from a Crystal Palace side shorn of their Ivorian wizard shows how far they have come under Vieira.

Odsonne Edouard impressed in Zaha’s place on the left, putting Palace 2-1 up midway through the second half with a brilliant snap-shot which caught out the otherwise commanding Aaron Ramsdale.

“I knew that Odsonne could play on the left-hand side, because he has played that position before with the French national team,” Vieira explained.

“He was really good. The front three worked hard, and they showed quality on the ball.

“I think we showed that we are a squad, and there are players on the bench that can play at that level and that is really good for us.”

If Vieira had one concern during his return to North London, it was the freedom Tierney was enjoying down Arsenal’s left. The Scotland international even clobbered the bar with a late chance, forcing Vieira to introduce James Tomkins from the bench and switch to a back-five.

“On the left side we had Tierney, who was giving the width and he was giving us lots of problems. So we went with the back five, and had four midfielders really tight. At the end, outside of Tierney’s chance they didn’t create much,” Vieira said, toasting another job well done.

“Even if you look at the way we conceded the second goal, it was unlucky. But again, that shows we still need to improve a lot of parts of our game.”

In other news, 'That's appalling': BBC pundit fumes with Arsenal attacker did yesterday, says it's 'pathetic'