‘There is no doubt’: Mikel Arteta not surprised by what one Arsenal player did last night
HITC 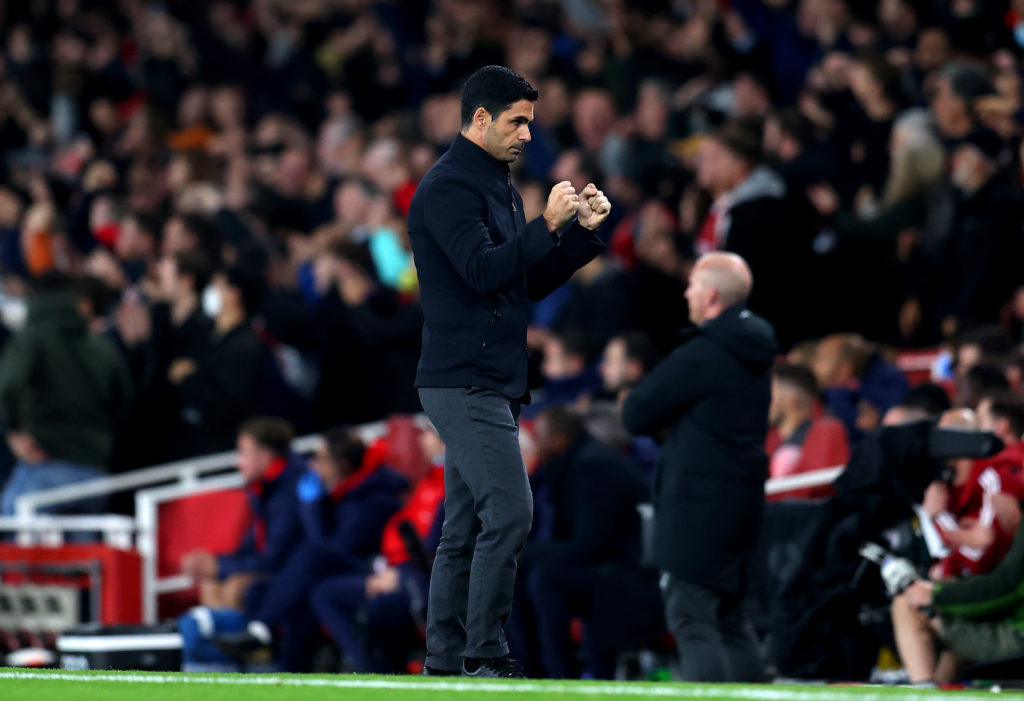 The Gunners started the game well and took the lead through Pierre-Emerick Aubameyang after eight minutes following Nicolas Pepe’s shot. But efforts from Christian Benteke and Odsonne Edouard gave the visiting Eagles a second-half lead at the Emirates Stadium.

Palace proved the better side through much of the second period, but Lacazette proved Arsenal’s saviour at the last. Arteta introduced the striker in the 67th-minute and instantly gave the Gunners a spark, before Edouard capitalised on Albert Sambi Lokonga’s mistake.

Lacazette eventually saved Arsenal’s blushes by firing a rebound into Crystal Palace’s net to deny returning hero Patrick Vieira three-points. The Eagles failed to deal with the loose ball when Gabriel Martinelli’s shot welcomingly ricocheted through the box to Lacazette.

Arteta praised Lacazette after the game for how the rarely-used striker fought as Arsenal sought to scupper Crystal Palace’s spirits. Noting the 30-year-old lifted the team and crowd, despite his future in north London appearing certain to end next year.

“There is no doubt about his commitment. We are with him every single day, and that’s what he does,” Arteta said. “He comes in, fights for every ball, really wants to contribute and he transmitted some different belief and energy to the crowd. And we got a real momentum, created chances and I think he was involved in many of those.”

Should Arteta use Lacazette more often in Arsenal’s fixtures?

Arsenal struggled to produce sustained pressure on Crystal Palace’s defence before Arteta introduced Lacazette midway through the second-half. The Frenchman displayed the spirit that Arteta praised from the off, instantly charging forward and lifting the home crowd.

Yet Arteta has rarely used the sought-after forward during Arsenal’s Premier League games so far this term. Lacazette has only played 72-minutes in the top-flight over three outings from the bench, making his sole start for the campaign against Wimbledon in the EFL Cup.

Arteta may have to rethink Lacazette’s role in the Arsenal side if the £182k-a-week forward continues to make such a difference to how the Gunners’ operate, as he did against Crystal Palace on Monday night to save their blushes after Lokonga and Thomas Partey’s mistakes.