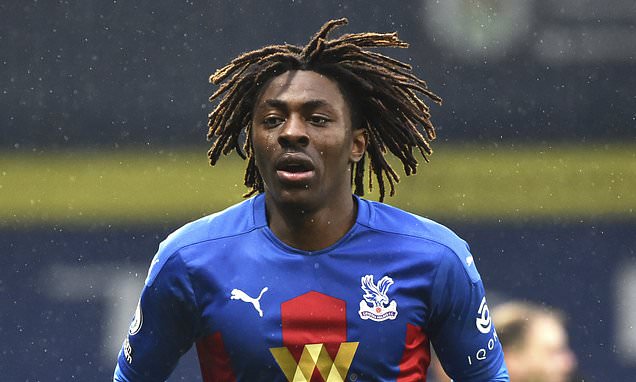 Crystal Palace's Eberechi Eze has reportedly recovered from his achilles injury ahead of schedule and could even feature for the Eagles as early as next week.

The 23-year-old, who was one of the standout performers last season under Roy Hodgson, picked up the injury in training back in May.

There were fears that Eze might not play again this year but he has made huge progress in his recovery and may return earlier than expected.

According to The Sun, the former QPR playmaker is now doing ball work and he may feature against Newcastle next week.


Eze joined Palace for a reported fee of £17million in August 2020 and he enjoyed an excellent first season in the Premier League - scoring four goals and assisting six in 34 appearances.

His performances caught the attention of England manager Gareth Southgate and shortly after picking up the injury, Eze found out that he was in the provisional 33-man squad for Euro 2020.

The youngster has come to terms with the heartache and is now looking ahead to the future which he believes is 'bright'.

Speaking to Premier League Productions last month, he said: 'The way I see it, if I was meant to be there, I would have been there' - and instead wanted to focus on the future, which for him is a very bright one.

'I know that I'm capable of achieving amazing things at football.

'I know that in myself and I believe in myself in that way. It's how I've been taught. It gave me that sense but it also gave me the sense I could be at peace through this whole process. I don't need to rush or to put pressure on myself to come back.

'I know that, within myself, I can be at peace with all this, do all the work and come back as fit as possible, as good as possible. The things that are meant to come will come. That's the way I think life is.

In his press conference on Friday, Patrick Vieira provided an update on Eze's fitness. The Palace boss said: 'Eze is getting better. He has started taking some part in collective training, but again we don't want to put any kind of pressure on him or any kind of date on when he will be ready.

'He is doing well, and we just have to evaluate how he is feeling week after week. We won't set any kind of date on his return.'