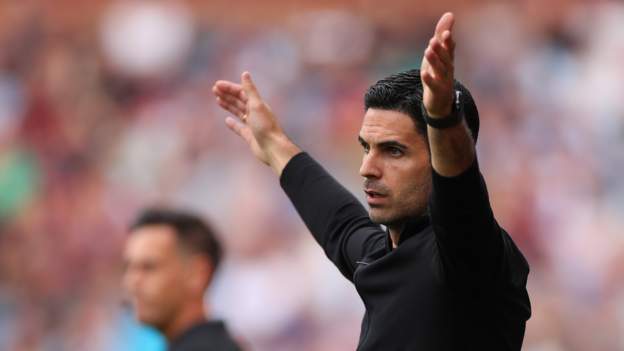 Arsenal midfielder Thomas Partey, who scored twice for Ghana during the recent international window, is expected to be fit

Arsenal will assess the players who have been on international duty ahead of Monday's game.

Forward Gabriel Martinelli is a doubt with a minor muscle injury, while Granit Xhaka is a long-term absentee with knee ligament damage.

I like the way Crystal Palace have come together under Patrick Vieira, and their pressing playing style is very effective too.

This is a big moment for Vieira, who is taking his new team back to his old club. He will get a great reception but Arsenal are on a roll and I think they will create enough chances to win this one quite comfortably.

Vieira is just the fourth person to have both played for Arsenal in the Premier League and then managed against them, after David O’Leary, Tony Adams and Remi Garde

Choose your Arsenal formation and starting line-up. It's up to you how to approach it - you could go for the team you WANT the boss to pick or the one you THINK he will.