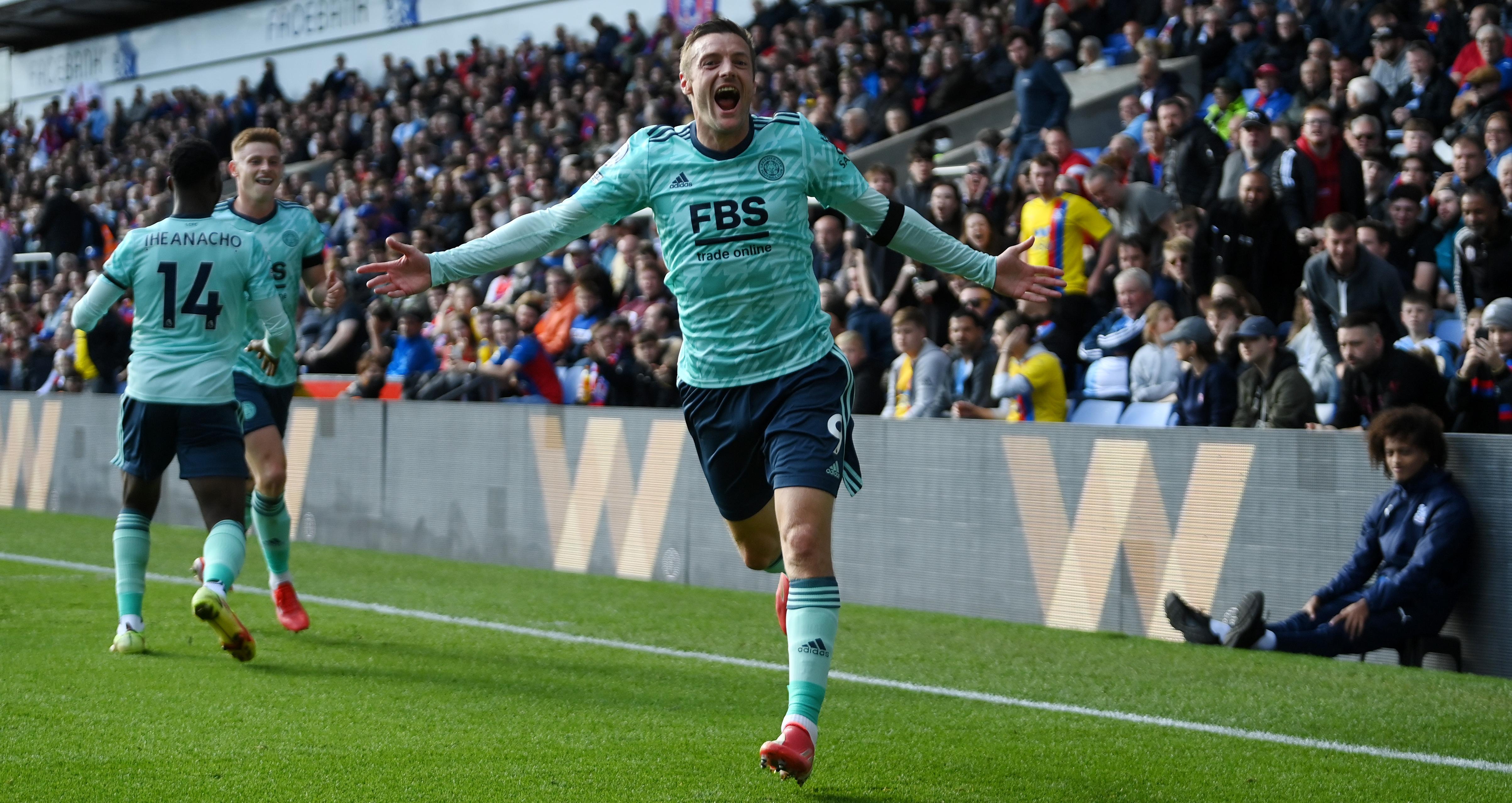 After Kelechi Iheanacho's opener, Vardy latched onto a Harvey Barnes through-ball to beat Vicente Guaita in the Palace net, before the home side hit back in the second half with efforts from Michael Olise and Jeff Schlupp, securing a share of the spoils for Patrick Vieira's hosts.

Speaking afterwards, on LCFC Radio's four-hour Matchday Live show, former Foxes striker Roberts conceded that Leicester manager Brendan Rodgers will be disappointed with the result, but pointed to the quality on show from the Eagles in south London.

"There will be a big element of disappointment, obviously, because of the scoreline at half-time, but I think Brendan will look at the big picture," he said. "He'll look at that Palace performance and the way Vieira has got them playing. He'll be philosophical and, at the end of the day, it's not a bad point.

That's Jamie Vardy, that's the confident goalscorer that he has been since the day he walked through the door at King Power Stadium.

"It's probably a better point for Palace, even though they definitely deserved a point, because they were two goals behind. Whenever you've been in that situation, where you're winning a game by two goals to nil, and then you concede two, there's always a massive disappointed feeling.

"It can feel as though you've lost the game. That's the feeling you get in the dressing room after. Palace, though, are a good side, especially at home. Spurs went there and got beat 3-0. They'd only conceded one goal at Selhurst Park in the league this year.

"He (Vieira) got his substitutions absolutely spot on. Both subs came off the bench and had an impact. You can't have a better impact than putting the ball in the back of the net. The goals were maybe avoidable. The second goal, when Schlupp heads that ball, Leicester have got players in there.

"I don't think enough pressure is put on the man on the ball and it's too easy to cross balls into the box. That needs to be altered."

Jamie Vardy scores his sixth Premier League goal of the season for the Foxes against Crystal Palace.

Vardy now leads the way, alongside Liverpool's Mo Salah, in the Premier League goalscoring charts with six strikes to his name and Roberts was particularly impressed by the execution of his strike at Selhurst Park.

"Nine times out of 10, a centre forward goes the other side because he's got more of the goal to hit, more margin for error," the Welshman explained. "When Vardy went through, there was only one place I thought he was ever going to put that ball and it wasn't where he eventually placed it.

"That's Jamie Vardy, that's the confident goalscorer that he has been since the day he walked through the door at King Power Stadium. I think that puts him 17th now in the list of all-time top scorers in the Premier League. That's his 124th Premier League goal and he's one behind Nicolas Anelka."