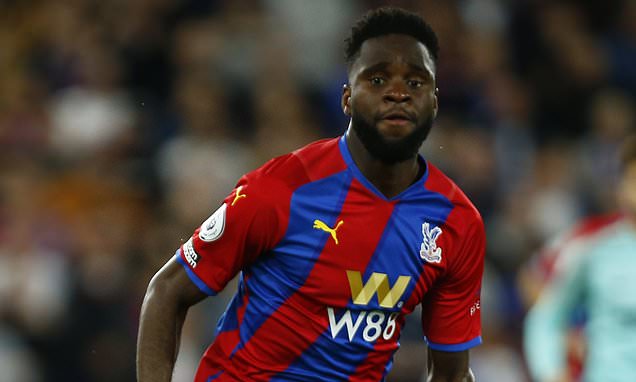 Odsonne Edouard has finally paid £20,000 in compensation to a man left deaf having been shot by an air rifle in 2017.

The Crystal Palace striker was told he needed to settle the case with victim Francis Guiral having completed his £18million move from Celtic to the Premier League side this summer.

The incident in question occurred in 2017 while Edouard was on loan at Toulouse from Paris Saint-Germain.

Edouard was convicted of violence with a weapon after firing an air-rifle at a passer-by, which turned out to by Guiral.


The striker was handed a four-month suspended sentence and was told to pay £5,110 in initial compensation, which did not occur.

Edouard's lawyer initially claimed that there was 'no indisputable proof' that the striker had fired the gun but the French Chamber of Civil Interests intervened on behalf of Guiral, who has been left deaf in one ear from the shooting.

Asked to describe the incident during the case, Guiral recalled: 'On February 11, 2017, I was walking quietly in the Busca district in Toulouse, when a car stopped.

'The driver opened the window, I thought he wanted some information. I put my head to the window and there was a bang. I collapsed to the ground, my ear was bleeding.

'He looked at me without saying anything and then quietly moved away.'

The most recent intervention saw Edouard told to pay £20,036 in compensation and Guiral confirmed to media in France that he has now been paid by the Frenchman.

Guiral said: 'Since we started this process, he's played dead. Odsonne did not come to court and he had never paid the sum he has owed me for my care.

The Crystal Palace striker has paid £20,000 after being told to close the case this summer

'I can no longer hear anything from that ear and I have lost my balance.

'Damien Comolli (Toulouse president) contacted me and promised to help and offered me support.

'He wrote that he was sorry I was in this position and about the physical and psychological consequences that I have to endure.

'He gave me an email address belonging to a member of Crystal Palace. And now it's finally over.'